Magic Johnson Avoids The GOAT Debate, Says LeBron James Is The ‘Best Of All-Time’ And That Michael Jordan Is The ‘Greatest Ever’ 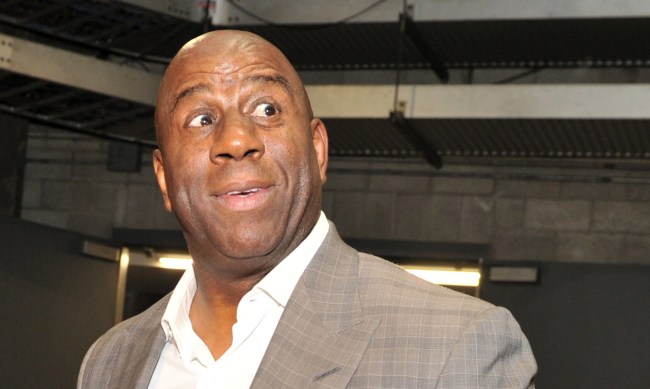 I’m not sure you’ve picked up on this or not, but there’s a debate in the sports world going around involving LeBron James and Michael Jordan about which one of them is the greatest of all time. In all seriousness, this is a debate that is going to follow us all to our graves, it’s not going anywhere unless James goes on to win three or four more titles. Even then the older generation will side with MJ, while the younger generation will ride for James.

With ‘The Last Dance‘ taking over our lives over the last handful of weeks, the GOAT argument has gotten even more intense and some of the other NBA greats have been asked to choose sides.

Magic Johnson, who had plenty of battles with MJ during his career and was a teammate of his on the Dream Team, spoke about this topic during Stephen A. Smith’s ‘Last Dance’ special on Tuesday and gave an interesting answer. Either he talked his way into a spot he couldn’t recover from or genuinely thought he came up with an interesting point, but it certainly seems like he completely ducked the question of who the GOAT really is.

“But when you want to say ‘who’s the greatest ever?’ — it’s still Michael Jordan.”

So, James is the ‘best of all time’, and MJ is the ‘greatest ever.’ Way to really draw a line in the sand there, Magic Man.

It’s obvious that Johnson is simply pointing out that yes, James and Jordan are the two greatest to ever pick up a basketball, but it still feels like a cop-out in a sense.