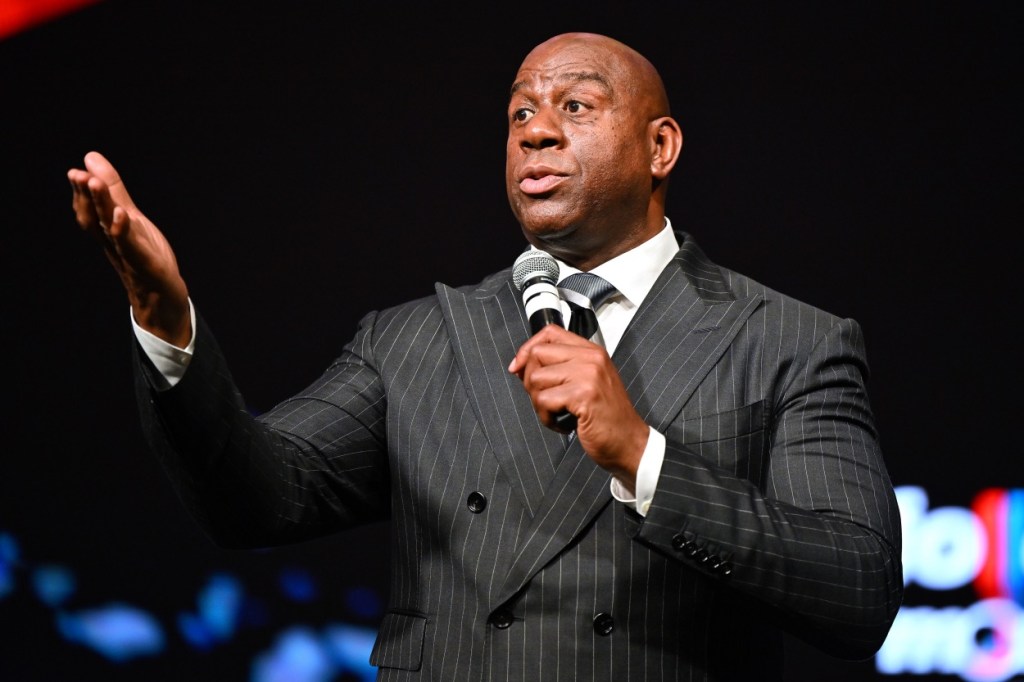 There’s no denying that Earvin “Magic” Johnson Jr. is the most high-profile HIV activist in pop culture. He first announced he was HIV positive in 1991 and immediately became an advocate for others infected and was instrumental in expanding Medicaid to cover all low-income persons with AIDS.

Since his 1991 diagnosis, he has spent the past few decades combatting myths about HIV and Aids. All while battling his own infection down to a level where it is barely detectable in his bloodstream but nevertheless persists and requires a daily combination of drugs to keep in check.

Fact-checkers from Associated Press quickly dispelled this distasteful rumor that kept picking up steam after a quote tweet with the caption “HE DONATED WHAT?!?” picked up over 34,000 retweets and 233,000 ‘likes’.

It’s a sad day that he even had to address this. But as an advocate for HIV awareness and prevention it’s not at all surprising to see him speak up and clarify what is really happening:

I’m aware of the false story circling the internet, and to be clear, I have never donated blood.

As pointed out by the Associated Press fact checkers, the photo of Magic Johnson that was circulating on twitter showed him having blood drawn. He wasn’t donating blood, he has never donated blood, and in all likelihood he will never donate blood.

Surely people stopped making jokes and went about their business after his clarification, right?

It’s hard to give people the benefit of the doubt on the Internet. Even though Magic Johnson clarified that he has not ever donated blood, people flooded his comment sections with double entendre replies about ‘staying positive’. There are a lot of well wishers but just as many trolls.

For his part, Magic Johnson seems pretty unfazed by it all. He quickly went back to tweeting about basketball and sent well wishes to the Brooklyn Nets:

I’m happy to hear that Brooklyn Nets owner Joe Tsai worked out a deal with the dynamic superstar Kevin Durant and his agent Rich Kleiman that made KD happy and want to stay with the Nets to try to bring a championship to Brooklyn!

Magic Johnson isn't as hyped about #WinningTime as the rest of us.