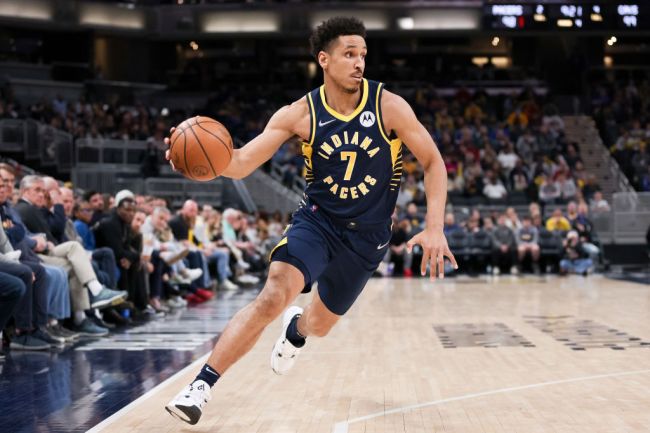 The Indiana Pacers and Boston Celtics surprised the NBA world early this offseason when they agreed to a deal that would send Malcolm Brogdon to the Celtics and a disappointing return back to the Pacers.

It turns out basketball fans weren’t the only ones who were caught by surprise when the deal was announced. Brogdon appeared on “The Wojnarowski Pod” yesterday and revealed that he was expecting to end up with the Washington Wizards.

“I thought it was going to be Washington. I heard the Pacers loved the idea of having that 10th pick and two picks in the lottery, and I knew Washington needed a good veteran point guard to pair with Bradley Beal. I knew I fit his timeline and knew that everything fit. I’m basically homegrown in DC, lot of roots with University of Virginia, family there. It would have been a little too perfect.”

According to Brogdon, he had heard that there 5 or 6 other teams showing interest, but the Boston Celtics weren’t one of the teams he had heard about.

After playing his college ball with Virginia, there should be no doubt that he’ll fit in well with a Celtics team that prides itself on its defense. Being traded to the Celtics also carries the added benefit of getting to compete for a ring next season, which is something he probably wouldn’t have had the chance to do with the Wizards.