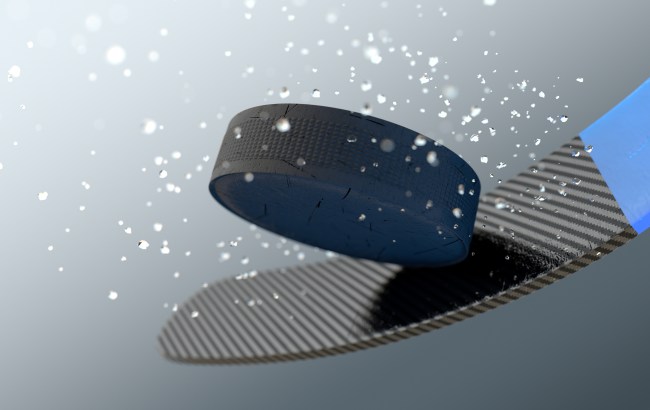 An Avalanche fan is going through it right now.

For one moment of weakness, the dude is likely sporting severe back pain for sleeping on the pullout couch with that metal bar that splits the center. Time will heal the wounds, but the scars will always remain. What happened on Wednesday night will be a point of contention in the relationship indefinitely. She will not ‘get over it,’ but rather lock it away in her emotional safe to unlock and use against him when he fucks up for not making the bed 10 years from now. This isn’t merely an incident, it’s a weapon that can be used to bring up unrelated nagging character flaws or to justify her texting her co-worker, Tad, late into the night.

Unfortunately, it will always stay with them, like an unwanted child or HPV.

And it’s all caught on camera.

Dude. WHY! She didn’t even say thank you.

Make no mistake about it. This girl could care less about the puck, it’s a goddamn puck. But, she needs to drum up the theater to instill great shame and regret in her boyfriend. Otherwise, he won’t feel like he owes her something. That he needs to redeem himself with a gift or a month of not going out with his friends.