Elite Speed Climber Races Against An Elevator To See Who Can Climb 6 Stories Faster In A Test Of Man Vs. Machine 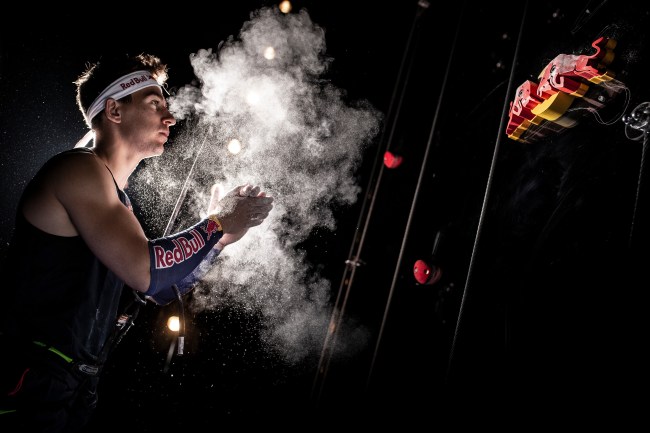 Unless you’re well acquainted with the world of elite speed climbing then there’s a pretty solid chance that you’ve never heard of Marcin Dzieński, the 26-year-old speed climber in this clip. Luckily for you, there’s no need to be an expert in the sport to understand what the heck is going on here.

What you need to know is he’s an elite speed climber from Poland, his nickname is ‘Rambo’, and he won a Gold Medal at the 2016 Speed Climbing World Championships. He also won three Worldcup golds in 2016 and another in 2014. The dude’s legit.

Here, to really illustrate how insanely fast these speed climbers are, they’ve set up a proper test of man against machine. Marcin is racing an elevator up six stories to the top of a building to see whois faster, an elevator or a speed climber. That’s a lightning-fast test of 75-feet straight up, trying to push off and climb as quick as humanly possible. 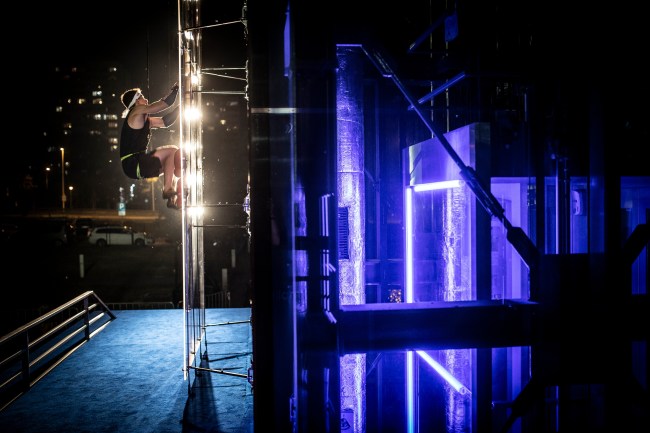 For this event, Red Bull put together the specially constructed 23-meter/75-foot climbing wall so it was situated next to the exposed and illuminated elevator so we can have clear eyes on who is faster. Spoiler alert: the elevator is A LOT more reliable than the speed climber. As for who is faster, I think you sort of see where this is going by now.

It’s hard to imagine a world outside of Marvel films where climbing up the side of a wall faster than an elevator is of any practical use but it’s still pretty badass to see him beat that elevator up the building.

Training for speed climbing also seems like a bit of a logistical mind fuck. You need that ‘explosive power’ that NFL players all train for, that quick off the line movement. But then you need some measure of endurance because your body is getting weaker with every foot you climb up the wall. I’m kind of surprised that the CrossFit community hasn’t latched onto this sport yet and tried to emulate a few of the exercises.