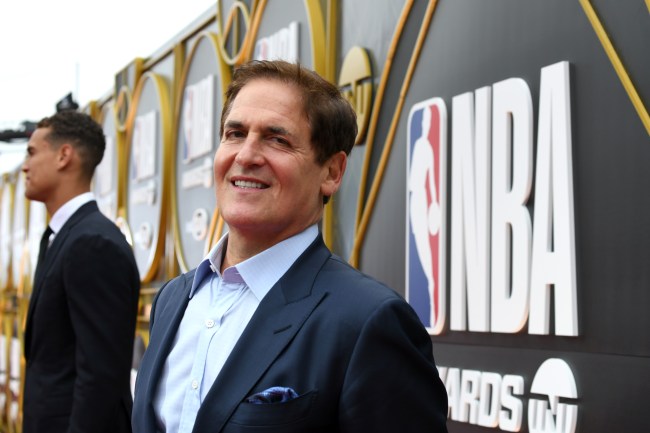 Dallas Mavericks owner Mark Cuban has hot takes and he’s not afraid to dish them.

In the past, the tech billionaire questioned former NBA commissioner David Stern’s ability to market the league,  he made a particularly awkward appearance on ESPN’s First Take to tell Skip Bayless to his face that no one cares what he says, and even called a poor old Shark Tank entrepreneur a “con artist.”

In his recent appearance on CBS Sports’ podcast “Kanell and Bell, Cuban can candid about several questions of the day, none more interesting than the two below.

On Rockets GM Daryl Morey saying that James Harden is a better scorer than Michael Jordan:

“It’s a different game. The mid-90’s game was brutal … It was a much more physical game. So being able to score back then meant being able to deal with physicality. Now, there’s so much more space because of five-out, five being able to shoot the ball, that you have the opportunity to score more. The 3-point shot is more prevalent, so I think Daryl is right in terms of absolute analytics, but the real question is if you put Michael Jordan in today’s game he might struggle some, because he wasn’t a pure 3-point shooter. Well, that’s wrong, he wouldn’t struggle. He would be incredible, but I don’t know if he’d be as efficient. But knowing Michael, he’d figure out how to be a 45 percent 3-point shooter, and that would change the equation.

On the difference between the NFL and NBA:

“The NFL sells the NFL. The NBA sells its players. The NFL markets the NFL. The NBA markets its players, and players drive who we are in the NBA. You couldn’t identify 90 percent of NFL players if they were standing right in front of you. That’s a big part of their core problem. If you look at the social media following of NFL players, it’s not that big … So, that’s an issue for NFL players, and I’m thinking it’s by design from the NFL because that’s what gives them more leverage. NFL players don’t make nearly as much off the field, other than the quarterback and maybe one skill position player, maybe two per team, as NBA players do, because they just don’t have the brand or visibility. That gives the NFL a lot more negotiating power, and I think that’s something that the NFL should be helping their players with more.”

I’d argue that the smaller rosters, lack of headgear (thus higher facial visibility), longer careers, and every NBA position essentially being a ‘skill position’ all contribute to NBA players being more marketable, but what do I know, I just won a men’s league title.