Mark Cuban Eats Crow On His Predicted ‘Implosion’ Of The NFL 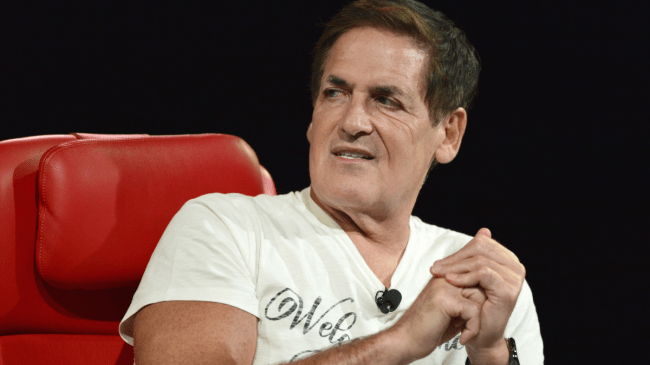 In 2014, Mark Cuban predicted an “implosion” of the NFL within a decade. He famously said, “Pigs get fat, hogs get slaughtered,” when talking about the league’s soon-to-be demise Eight years later, the investor/entrepreneur is eating crow.

Cuban’s reasoning behind the remark was an oversaturation of the product. The Dallas Mavericks’ owner claimed that the introduction of Thursday, Sunday, and Monday night airings, combined with new partnerships with streaming services like Amazon, would cause fans to lose interest. He also mentioned the push to market in the UK and Eastern Europe.

“They’re trying to take over every night of TV.”

Now, Cuban is more than qualified to make the statement. The guy is one of the best in the business at forecasting trends, future profitability, and sustainability of major corporations. We’ve seen it firsthand through both his financial success and popular TV show, Shark Tank.

But he admits that he made a mistake about the NFL.

Mark Cuban says, “I was wrong,” about his predicted implosion of the NFL.

Cuban’s response came in an interview with Axios at a recent conference, and it’s gotten a ton of attention on social media.

One person wrote, “I’m not sure “wrong” completely encapsulates the degree of how incorrect this statement is. Painfully woefully epically misguided and was intended for personal benefit,” after hearing about Mark Cuban’s comments on the NFL. Go off.

I’m not sure “wrong” completely encapsulates the degree of how incorrect this statement is. Painfully woefully epically misguided and was intended for personal benefit.

Another Twitter user joked, “Even the sharks are wrong sometimes…” referencing the entrepreneur’s television show.

Even sharks like @mcuban are wrong sometimes … #NFL https://t.co/w6m7RICPwX

Cuban has been critical of the NFL in the past, comparing the league to the NBA on numerous occasions. He’s noted the differences in how the two leagues market their players and product, as well as how they use social media to prop up their star players.

But regardless of those criticisms, the NFL remains king in the US. Cuban has come to terms with that eight years later.