Former Jets Coach Says Mark Sanchez, Who ‘Couldn’t Throw A Ball In A Lake,’ And His Big Contract Was Start Of Franchise’s Downfall 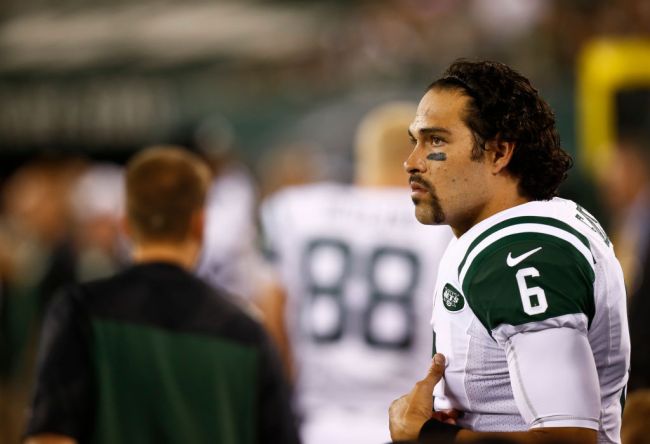 When you think Mark Sanchez you think butt fumble, you don’t think about the fact that the Jets went to back-to-back AFC title games with him under center. You may guess that Sanchez had a losing record as a starter in New York, but he actually went 33-29.

Having said that, Sanchez was never a quarterback that awed you, especially during his four years with the Jets. He never completed over 57% of his passes and if it weren’t for the Jets’ dominant defense and the fact they had the No. 1 and No. 4 rushing offense in the league in 2009 and 2010, it’s highly unlikely they make those back-to-back trips to the AFC Championship game.

Despite all that, the Jets handed Sanchez a three-year, $40.5 million contract extension in 2012.

This is the exact point that former special teams coach Mike Westhoff explained during an appearance on the NY Posts’ ‘Gang’s All Here’ podcast. During the podcast, Westhoff absolutely blasted Sanchez, saying he couldn’t hit a lake with a football and that his contract extension was actually the cause of the downward spiral we’ve seen the Jets on for quite some time.

“I’m sitting where I live, I live right on a golf course in Florida and there’s a lake right behind my house. I’m sitting here looking at it,” Westhoff said. “If Mark stood by my swimming pool, he couldn’t throw the ball in the damn lake.”

“[Then-general manager] Mike Tannenbaum came by my office one day, I said, ‘Mike, why would you give Mark Sanchez this big new contract?’ He said, ‘Well that’s what a championship-game quarterback is paid.’ I said, ‘Well if he had anything to do with us getting there, I probably would agree with you. But for crying out loud, he had nothing to do with us getting there.’

As for the current state of the 0-8 Jets and how big of a mess the franchise is, Westhoff thinks there’s only one way to fix it.

“I’ll be a little bit harsh, I’d bring the exterminator into that building and I’m going to clean that place up,” he said. “I’m talking about people that don’t think they’re gone, they’re gone, because I just think it’s a mess.

It’s only a matter of time before drastic changes happen within the Jets’ organization. The first change that will happen, and should happen, is relieving Adam Gase as head coach, but that can’t be the only move the team makes if they’re actually serious about becoming competitive again.