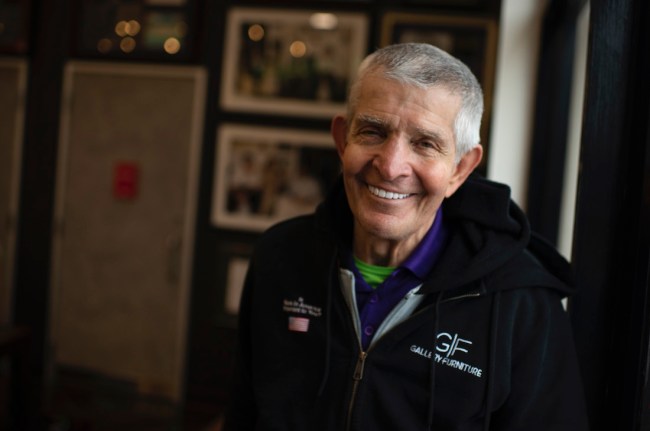 Pretty much every sports fan knows the name Jim “Mattress Mack” McIngvale by now, as the Houston-area businessman has become infamous in the sports gambling world thanks to his wild bets. Remember, this is the same dude who lost about $15 million on the Houston Astros not winning the World Series in 2019, and, more recently, walked away with a cool $3 million after throwing $3.46 million on the Tampa Bay Buccaneers to win Super Bowl 51, so he isn’t exactly gambling a couple bucks here, guys.

And with March Madness going on right now — and the No. 2-seeded Houston Cougars recently reaching the Elite Eight in this year’s NCAA Tournament — you better believe Mattress Mack was at it again with his crazy sports betting ways. However, the 70-year-old decided to scale back on the amount he’s gambling on the Cougs, “only” placing a $1 million bet on the team to win the whole tournament. But with Houston’s current odds to win the tourney at 9-1, Mack would walk away with a pretty hefty payout: $9 million.

According to DraftKings, McIngvale’s bet is one of the largest March Madness wagers on record.

“Anything can happen in March Madness as we all know, but I’m ten toes down on Houston to bring the national title to Texas, and willing to stake a million dollars with DraftKings on that outcome,” said McIngvale. “DraftKings continues to offer an unparalleled sportsbook experience and has rewarded customers during the opening rounds for underdog picks, although hopefully Syracuse’s Cinderella story ends in the Sweet 16 against Houston this weekend. I look forward to having skin-in-the-game for the rest of March Madness and seeing these young men compete, especially after the tournament was cancelled last season.”

This year’s NCAA Tournament has been full of upsets, with three teams above a 6-seed in the Elite Eight — which includes the Houston Cougars’ next opponent, the No. 12-seeded Oregon State Beavers. But, on paper, the Cougs have a more talented roster, so they will be favored to win and reach the Final Four. Should that happen, you just know Mattress Mack will be rubbing his lucky rabbit leg hoping for a couple more wins, because winning $9 million from sports gambling sure sounds like a nice way to kick-off the spring season.