Some Tickets To Mayweather-McGregor Are Already Selling For Almost $100,000 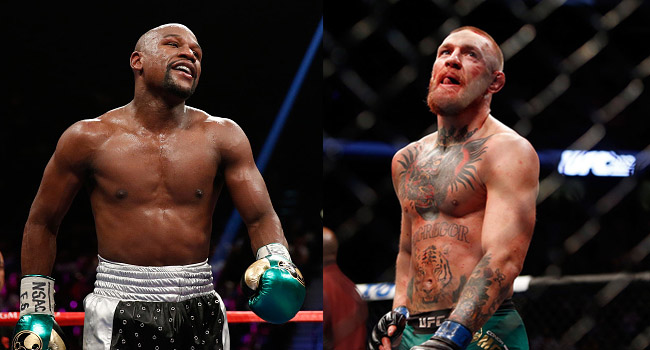 The Mayweather-McGregor fight will take place next month (August 26th) in Las Vegas at the T-Mobile Arena. The new Vegas arena has a capacity of 18,000 for Boxing and MMA events. The fight sold out immediately as you might expect, and tickets immediately jumped to the secondary market (StubHub, etc).

Already, the cheapest ticket on the after market for Floyd Mayweather vs. Conor McGregor fight is going to set you back several thousand and that’s just to get in the door and sit in the absolute nosebleed section. Though this is a new arena and there probably isn’t a single shitty seat in the house. But, just to sit in the nose bleeds you’ll have to fork over $2,537/ticket according to the website Bloody Elbow which has been scanning StubHub’s prices. The cheapest middle tier section seats start at over five grand and the price jumps quickly.

Now, if you’re looking to sit ringside for the most hyped match of the year then you’re going to have to spend a literal fortune on tickets. The ‘Zone A’ tickets (shown below) are the ringside tickets and they start at $42,000 and go on up to $95,000 PER TICKET: 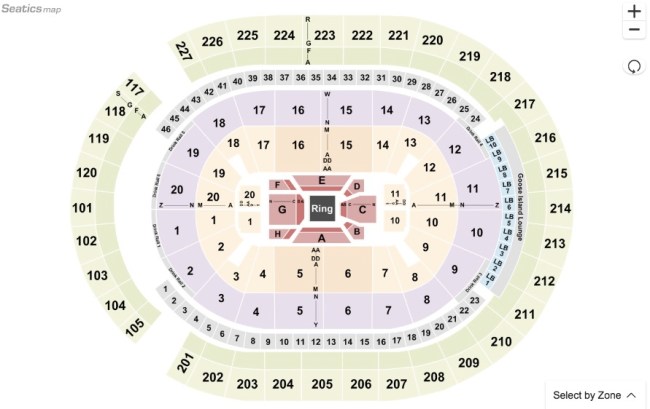 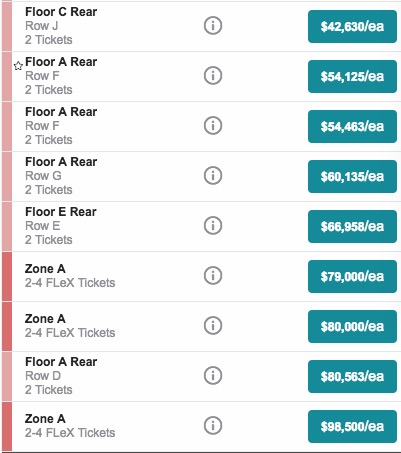 The fight is expected to bring in over half a billion dollars so I guess nobody should be shocked by these ticket prices. But, just to put that price in context the average American home only costs $188,900. So a pair of tickets to a night/fight that will last just a few hours costs more than the average home in America.

The good news is this: if you’ve got $191,000 to spend on a pair of tickets to a boxing match in Las Vegas then you probably already spend a considerable amount of time in Vegas and get a ridiculous amount of comps from the casinos. Sure, you might fork over $191K for tickets but maybe you’ll also have a chateau comped by the hotel that’s filled with dancers from the Spearmint Rhino. If you’re throwing around money like that in Vegas then the perks will follow. (h/t BloodyElbow)