In One Of The Worst Deals In Recent Memory, The Mets Basically Paid $100M For 1 Season Of Robinson Cano 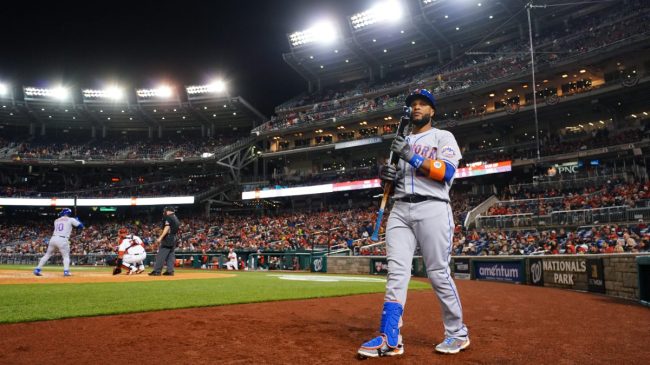 The New York Mets made a blockbuster trade with the Seattle Mariners in 2018 to acquire All-Star second baseman Robinson Cano. That move didn’t pan out, and now New York is left to pay Cano’s hefty contract.

The Mets are known for making bad deals. They’re responsible for one of the most famously awful contracts in sports history. Bobby Bonilla is still receiving around $1.2 million from the Mets every year despite not having played a professional baseball game since 2001. Those payments won’t end until the year 2035.

Cano’s case isn’t that bad, but it’s certainly been a far cry from what was expected.

The left-handed slugger has been designated for assignment by the club, meaning he’s likely to be traded to another team or picked up on waivers. With his insane salary, a trade seems highly improbable, so it’s more likely that Cano is signed on the cheap to finish out his career elsewhere while New York is stuck paying out the remainder of his contract.

RHP Yoan López has been optioned to Triple-A following last night’s game and today infielder Robinson Canó has been designated for assignment, bringing the roster to 26 players.

At the time of the deal, Cano was a known commodity. He’d hit .280 or higher in 10 straight seasons. He’d also smacked 20 or more homers in eight of those campaigns, becoming an MVP candidate in the process.

Cano was fresh off of a season where he was on pace to hit .300 and rack up 100 RBIs. Unfortunately, he was suspended 80 games for steroids and was quickly dealt to the highest bidder.

That bidder was the Mets.

Mets owe Cano close to $39M. Unlucky for him, they are the one team totally unconcerned about money.

Cano was halfway through a 10-year deal worth $240 million when he was traded from Seattle. New York was left to pick up the majority of that contract, being responsible for $100 million over the final five seasons.

Three years into the deal, though, the Mets are cutting ties. Unfortunately, they’ll still owe the remainder of the deal unless someone is foolish enough to pick it up.

He was injured in year one. Year two was shortened due to COVID. Cano was suspended for the entirety of the 2021 season following another steroid bust.

He was hitting a measly .195 in 2022, forcing the Mets to make a decision just weeks into the latest campaign.

All in all, the infielder has played in just 168 games since coming to the Big Apple in 2018. A largely unproductive 168 games, at that. When all is said and done, the Mets will have paid $100M for essentially one season of an aging Robinson Cano.