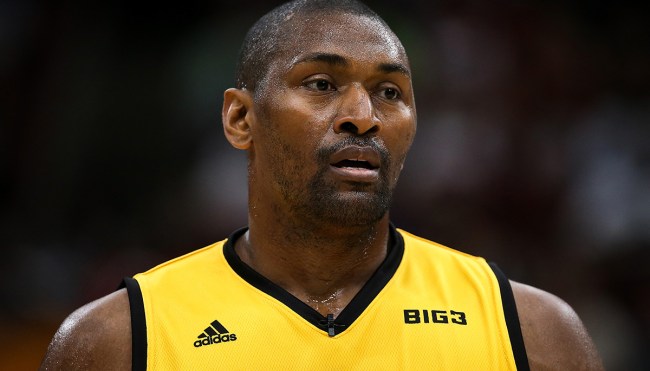 Asking someone if they live under a rock or have spent some time in a coma for being in the dark about a piece of virtually unavoidable new is usually meant to be hyperbolic, but based on a truly baffling request Metta World Peace recently posted on Twitter, I honestly can’t help but wonder what he’s been up to over the past couple of years.

After a mysterious disease that started making the rounds in China in 2019 resulted in a full-blown pandemic, we’ve been treated to a few stories concerning people who were blindsided by the development after managing to stay in the dark, including Jared Leto and a group of partiers who claimed they’d never heard about it after getting busted by police at an illegal gathering around a year after the onset.

On Thursday, the Basketball Player Formerly Known as Ron Artest seemed to join their ranks when he hopped on social media and asked “can someone explain COVID to me” in a now-deleted tweet.

Now, there’s a chance he was trolling or was referring to the new variant that has the world in a tizzy once again, as he’s tweeted about the virus multiple times over the course of the past couple of years. 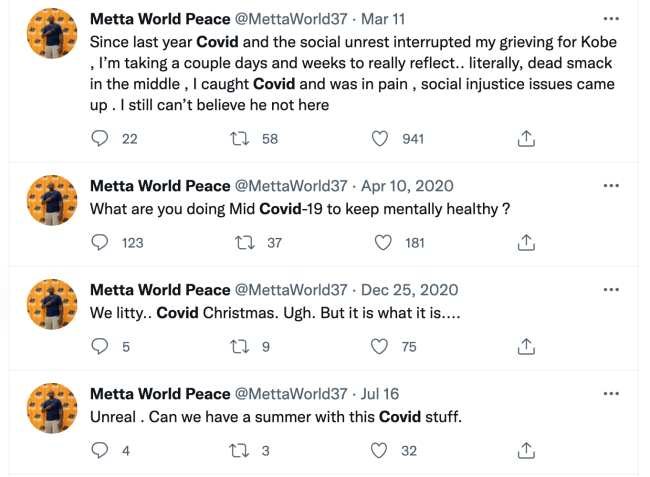 However, it still resulted in plenty of people posting reactions to the head-scratching request.

Wouldn't that be nice to have been living in outer space since 2019? Welcome back!

Where have you been for the last 2 years?

If you don’t know by now, you’ll never learn

Buddy you don’t even want to know

Here’s to hoping someone can get him in contact with Ja Rule to get to the bottom of this once and for all.