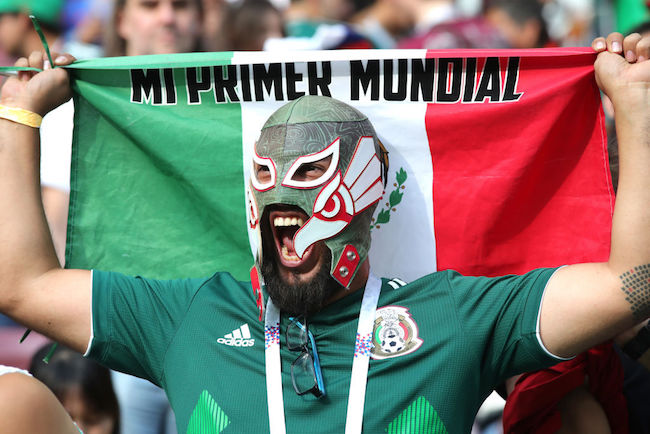 There are still plenty of games left to play in the 2018 World Cup, but it’s already been one of the wildest tournaments in recent memory so far. We’ve had games that ended on a last-minute own goal, a rule to ban fans from bringing chickens into stadiums, and a shocking number of games where underdogs have been able to more than hold their own against some of the best teams in the world.

Over the weekend, Iceland scored their first ever World Cup goal on their way to a 1-1 draw against Argentina, which was also the final tally of Switzerland’s game against Brazil. However, the most impressive performance came from Mexico, who managed to edge out defending champions Germany with a 1-0 victory on Sunday.

The win was a major step toward securing a spot in the round of 16 and Mexico fans partied accordingly. The streets of Russia were filled with jubilant supporters after the matchup, but the most impressive celebration took place during the game in Mexico City, where so many fans jumped up and down after the first (and only) goal was scored that they triggered earthquake sensors monitoring seismic activity in the area.

According to The Guardian, The Institute of Geological and Atmospheric Investigations detected some unusual tremors following Hirving Lozano’s goal in the 35th minute.

Mexico are currently favorites to win their upcoming games against South Korea and Sweden, so while fans might not be able to top this achievement, the might have a chance to if the team makes it to the next round.