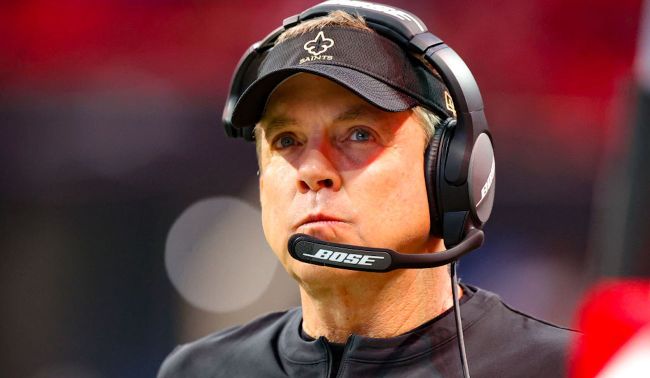 The Miami Dolphins were so enticed by the idea of pairing former New Orleans Saints head coach Sean Payton with legendary quarterback Tom Brady that the franchise was prepared to give Payton a $100 million contract, according to reports.

Recently, multiple reports added a key detail to the equation: the Dolphins were ready to give Payton a $100 million contract.

Dave Hyde of the South Florida Sun-Sentinel reported late last week that it would have been $20 million per year over five years for Payton. Albert Breer of SI.com reported on Monday that it actually would have been $100 million over four years. [via ProFootballTalk]

Given how close the Dolphins apparently came to hiring Payton, it would appear that the 58-year-old Super Bowl winner will return to coaching in the NFL sooner rather than later. Payton walked away from the New Orleans Saints franchise at the conclusion of last season following 15 years as the team’s head coach.

As for Brady, after spending just 40 days as a retiree (and reportedly trying to scheme a move to the Dolphins to team up with Payton), he ultimately decided to return to the Tampa Bay Bucs for a 23rd NFL season. Due to Brady’s return, the Bucs are one of the favorites to win next year’s Super Bowl with odds of about +700, which trails only the Buffalo Bills (+600).

RELATED: One NFL Team Reportedly Interested In Making A Move For Sean Payton After The 2022 Season