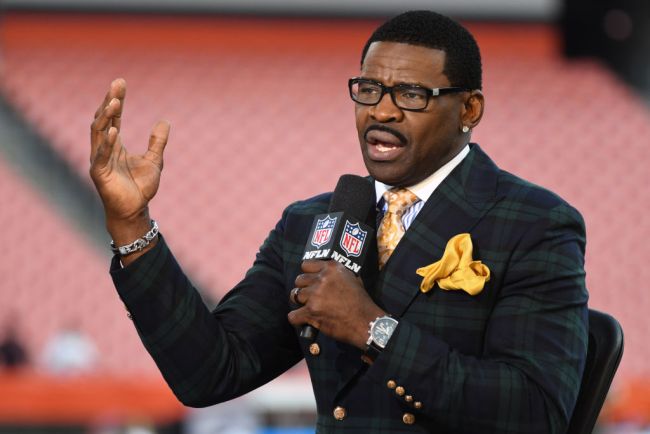 Michael Irvin is about as excitable as it gets. The Pro Football Hall of Fame wide receiver has never been one to hold back when it comes to his thoughts.

He recently weighed-in on the New York Giants’ team brawl and hooooo boy did he have some thoughts. While the vast majority of the reactions around the media were negative or against the fight, Irvin was all-in.

In case you haven’t heard, the Giants training camp broke out into a full-on, whole-team melee earlier this week. Running back Corey Clement took a hit from the defense and was brought all the way to the ground.

That is frowned upon in training camp, especially during a half-padded practice. As a result, the majority of the 91-man roster was in on the kerfuffle, and franchise quarterback Daniel Jones was at the bottom of the pile.

Head coach Joe Judge was not happy with what he saw. He has been running a difficult camp and has stepped on a few toes, but he does not encourage fighting.

On the other hand, Michael Irvin was amped. He loved the fight.

Michael Irvin tells it how it is!! The Giants’ full team brawl was a GOOD thing!

All the players seem to love it, it’s the media heads and “analysts” who think it’s a bad thing 🤦🤦 pic.twitter.com/W1Q982z2Kz

In addition to his own beliefs, Irvin believes that Judge did too. He thinks that the Giants’ head man was unable to express how much he loved it because of the public perception, but thinks that he was all-in on the passion that led to the brawl.

This is not the first time that Irvin has gone off. He is electric every time he gets a mic in his hand. Football is so back.