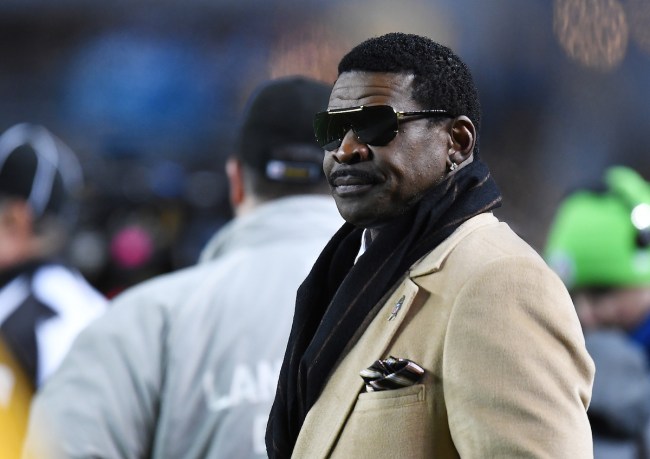 Look, I absolutely love the passion with which Michael Irvin speaks, but, quite frankly, it can be a little much when it comes to talking about the Dallas Cowboys. I get it, the former wideout played every single one of his NFL seasons in Dallas, so he’s naturally going to be a little bit bias when talking about them. Even so, “The Playmaker” needs to check himself before he wrecks himself, because his latest take is… well, absurd.

Recently appearing on Stephen A. Smith’s show, Irvin started talking about the massive contract extension that the Cowboys just handed quarterback Dak Prescott. Considering it’s the largest deal in league history (in terms of guaranteed money), it’s natural that everyone freaks out, wondering how a guy with one playoff win who’s coming off a serious lower leg injury could get such dime.

However, Michael Irvin didn’t criticize the contract — which, full disclosure, I’m not against, I just think it’s risky AF given Dak’s still currently rehabbing said serious lower leg injury — but, instead, praised Prescott as if he’s about to turn wine into water. In fact, the Hall of Fame receiver even mentioned the football Messiah himself, Tom Brady, saying Dak is the closest thing to TB12 in the league. Take a look below at the scorching hot take.

Somebody test @MichaelIrvin88 for drugs for the stuff he said on Stephen A's World. pic.twitter.com/N1FQlxRViy

Want to know how blasphemous this was from Michael Irvin? Enough so that even Stephen A. couldn’t believe what he was hearing, and felt it necessary to tweet out the above video with the caption “Somebody test Michael Irvin for drugs for the stuff he said on Stephen A’s World.” Stephen A. Smith has made a living off insane takes like Irvin’s, so it’s wild to think he thought this was too far out there.

For those Dallas Cowboys fans who will (presumably) come dog me on social media and offer support for Irvin’s take, pump the brakes and get back to reality. Dak Prescott is currently rehabbing and trying to prove he’s a perennial Pro Bowler. He has one playoff win in his first four seasons.

On the other hand, Tom Brady is the GOAT, with seven Super Bowl rings and, at age 43, is still at the top of the league. So it’s insanity to even compare the two quarterbacks, yet, because everyone loves debates, Irvin did so with such emphasis that some people will think he’s got a good point.

I’m rooting for Prescott to come back from that scary injury and do big things for the Cowboys in the next four years (and beyond). He’s easy to root for, and, personally, it’s awesome to see a former fourth-rounder get his after working his ass off. But Michael Irvin is snorting something strong AF if he really, truly believes that Prescott’s the closest thing to Tom Brady that we have in the NFL right now. It’s not even close, so he should speak with a little more emphasis and passion about something else.