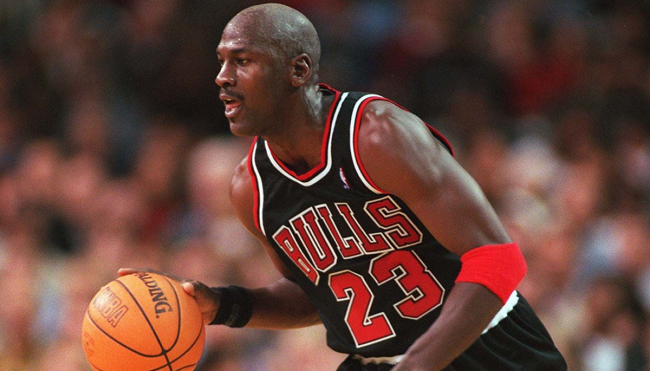 There are a number of factors that played a role in the sports memorabilia boom that’s allowed many collectors to turn a tidy profit over the past couple of years, but it’s hard to overlook the influence of The Last Dance and the subsequent scramble for anything and everything related to Michael Jordan.

In addition to the game-worn shoes and jerseys that were auctioned off for some truly exorbitant prices, some lucky souls were also able to secure a pretty sizeable bag by offloading some less conventional mementos, including a bat Jordan used during his time with the Birmingham Barons and a baseball he signed when he was still a teenager.

Now, The New York Post reports a new item has hit the auction block in the form of a pair of, um, “heavily used” boxers infused with Jordan’s signature seasoning that have already garnered a few bids after opening at $500 (as of this writing, the top offer is $605, but you have to imagine that will number rise by the time it ends on September 25th).

“An auction insider tells us that the shorts were ‘regularly’ worn by Jordan and show signs of ‘heavy use.’” 🥴 pic.twitter.com/p5fIwtEJzE

The underwear—which is accurately described as an “unusual item” in the auction summary—are part of a lot of belongings that ended up in the hands of John Wozniak, the perm-sporting bodyguard who was immortalized in The Last Dance. Wozniak’s estate previously offloaded some other gifts he received during his time at Jordan’s side at an auction last year, but it’s safe to say the compression shorts are the most unique of the entire bunch.

Now, I can understand why some people might view this as a sign that Michael Jordan memorabilia has officially jumped the shark, but I’d argue the boxers have the potential to be absolutely priceless if you’re willing to take a bit of a gamble. It appears Wozniak had the underwear dry-cleaned at some point based on the tag that’s still attached, but if they’re as “heavily used” as the description claims, there’s still a slim chance you could extract some of Jordan’s DNA and figure out a way to make him the centerpiece of a Jurassic Park-style attraction filled with clones of legendary NBA players.

Sure, it might be a bit of a long shot that’s riddled with ethical implications, but if you play your cards right, it could be an absolutely unparalleled investment.