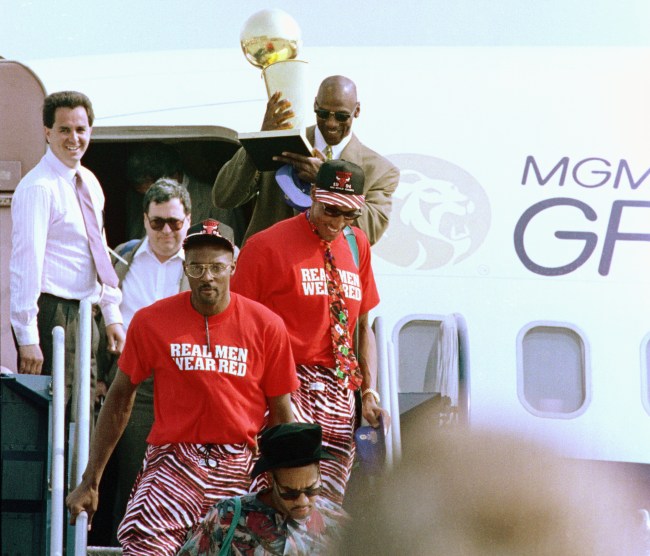 If there’s one thing we’ve learned about Michael Jordan since watching The Last Dance over the past couple of weeks, it’s that he was a completely different breed of person on the basketball court. Easily the most popular and polarizing athlete of his generation, Jordan was absolutely ruthless — to both opponents and his own Chicago Bulls’ teammates — which led to plenty of routine fights during practice.

While most of Jordan’s teammates took a beating during those days together, looking back on the success it led to — six NBA titles in eight seasons — it’s probably something each and every guy in that locker room is OK with. Sure, it had to be difficult being belittled by Michael Jordan nearly every single day, but His Airness expected greatness from everyone, not just himself, and that’s part of the reason he’s the GOAT.

Unfortunately, some stories about Jordan’s ruthlessness on teammates are worse than others. While MJ fought Steve Kerr once during practice, he absolutely disrespected others — like Horace Grant, who, according to longtime NBA writer and Jordan insider Sam Smith, led to MJ even preventing Grant from eating after the forward would have a bad game. No, seriously, that’s what allegedly happened.

Appearing as a guest on KNBR’s Tolbert, Krueger and Brooks Podcast, Smith detailed just how conniving of a figure Jordan was towards Grant during their time together on the Bulls. Take a look below at what he revealed.

“Players would come to me over the years and said, ‘You know what he did? He took Horace [Grant’s] food away on the plane because Horace had a bad game,’” Smith told the hosts. “[Michael] told the stewardesses ‘Don’t feed him, he doesn’t deserve to eat.’

“They would tell me stuff like that and they they’d say ‘Why don’t you write this?’ And I would say ‘Well I can’t write it unless you say it.’ I don’t do ‘league sources.’ You can’t do that kind of stuff on these kind of things. ‘If you want to be quoted I’ve got no problem with that.’ ‘No, no, no we can’t say that about Michael Jordan.’”

If true, that’s not even ruthless, that’s just straight up mean AF by Michael Jordan. It’s one thing to get on a teammate for missing a screen or being in the wrong spot on the basketball court, but to literally prevent him from eating, allegedly, well, that’s very much next level shit.

Not sure how rocky the relationship was between Jordan and Grant during their title-winning days with the Bulls during the team’s first three-peat, but, during a recent episode of The Last Dance, MJ believed that it was Grant who was airing his dirty laundry to Sam Smith for his book in the ’90s about what was going on internally with the team back then. So to say these two have moved on from anything that may have happened 20-plus years ago would probably be wrong.

As for the whole story about Michael Jordan refusing to let Horace Grant eat after bad games, if true, then the six-time champ really looks like a piece of shit. He admitted before The Last Dance came out that people may think he was a horrible guy after seeing some of the things he did during his heyday, but preventing another grown-ass man from eating because he didn’t play well would be a real stain to his reputation. Let’s face it, there’s a line, and, if Smith’s claim is accurate, Jordan more than crossed it.