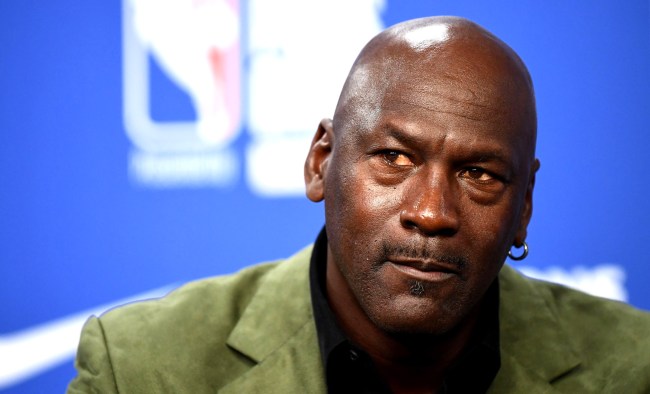 As the NBA appears to be set to resume action this weekend, Charlotte Hornets owner, and GOAT, Michael Jordan has reportedly been serving a key role between players and owners amid NBA boycott talk.

Sources say Michael Jordan has taken a strong position to help owners see different point of views. On today's call – he said he isn't just speaking as an owner, or even a player…he's speaking as a black man.

According to ESPN’s Jackie MacMullan, Jordan, the only Black majority owner in the NBA, has been involved in conversations with National Basketball Players Association president Chris Paul, as well as Rockets guard Russell Westbrook and others, as the league works to get on the same page as the players.

The owners held a virtual meeting Thursday morning, and two participants confirmed that Jordan — who serves as the NBA Labor Relations Committee chairman — was a voice of reason, urging the other owners to allow the players to express their frustrations and concerns before offering any of their own solutions.

“Right now, listening is better than talking,” Jordan told the group, according to sources.

“Michael is the perfect person to be in this role,” said a league official who has been privy to discussions on what should happen next. “He’s been a high-profile player who has won championships. He’s also the owner of a small-market team. He has great credibility both with the players and the owners.”

Back in June, MJ and his Jordan Brand committed $100 million over the next 10 years to organizations working for racial equality and social justice.

Black lives matter. This isn't a controversial statement. We are you. We are a family. We are a community. pic.twitter.com/cGH8bJl1GQ