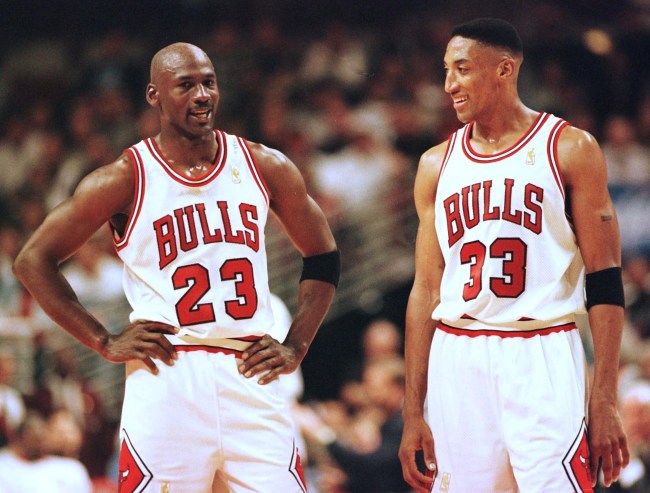 Michael Jordan is a ruthless motherfucker, with the GOAT never easing up when it comes to getting the best of somebody else. It’s obviously his competitive spirit, but it’s also because, let’s face it, the six-time champ has been successful in pretty much every single thing he’s done since entering the NBA in 1984.

And because no highly successful person ever wants to admit they’re wrong, Jordan did what he always does when recounting his days with the Chicago Bulls during The Last Dance documentary — he told his truth. That’s not to say he’s right or wrong, but MJ’s words did seem to rub people the wrong way; especially former teammates like Horace Grant and Scottie Pippen.

Was Michael Jordan lying about things during the ESPN documentary? Was he fabricating things? Was he too honest? Was he too petty? Was he… everything we’ve always known him to be? Probably. But, c’mon, that’s part of the reason why he’s the GOAT.

That doesn’t mean there aren’t repercussions to his actions, though. And, according to longtime writer Sam Smith — the author of “The Jordan Rules” — His Airness may have overstepped his boundaries when talking about Scottie Pippen during the documentary. The result? A reported fractured friendship between the two former teammates.

Remember, in The Last Dance, Jordan said that Pippen was being “selfish” for not keeping his “word to the organization and to the team” in regards to his contract demands. See below for the clip.

Although Michael Jordan was just being honest about something that happened over 20 years ago, according to Sam Smith, it doesn’t sound as if Scottie Pippen’s going to forgive and forget anytime soon.

Per The New Yorker:

“I don’t think their relationship is good now,” the longtime Bulls writer told Isaac Chotiner of The New Yorker. “I know Scottie was hurt by his portrayal. He was hurt, I believe, when Michael said he was selfish when he sat out.

“I think he was maybe not upset, maybe hurt. Because I think he valued Michael. I think he was at Michael’s wedding when he got remarried. So they’ve always had an ambivalent relationship, that Scottie would like to be in Michael’s group, because, obviously, being around Michael, the spotlight shines brighter, but Scottie never saw himself as a sycophant. And Michael tends to treat the people around him as, maybe not servants, but helpers.

“And Scottie would resent, at times, Michael’s treatment of him as less than an equal. I think he drifts back and forth in the relationship. And I think, with the documentary, his thing is probably to drift away a little bit. But I could see him coming back again.”

Look, Pippen played Robin to Michael Jordan’s Batman for a decade or so while with the Bulls, so forgive the Hall of Famer if he’s a little sensitive that he’s still getting bullied by His Airness, while not getting enough credit for his part during Chicago’s dynasty during the ’90s.

Regardless of Jordan’s opinion on the matter, there’s one thing that’s an absolute fact: Neither MJ nor Pippen ever won a title without the other. So, although things are reported to be tense right now between the two, here’s to them both remembering what they accomplished together in the NBA and the relationship they’ve built in the past 30+ years, and are able to put all of this nonsense behind them.