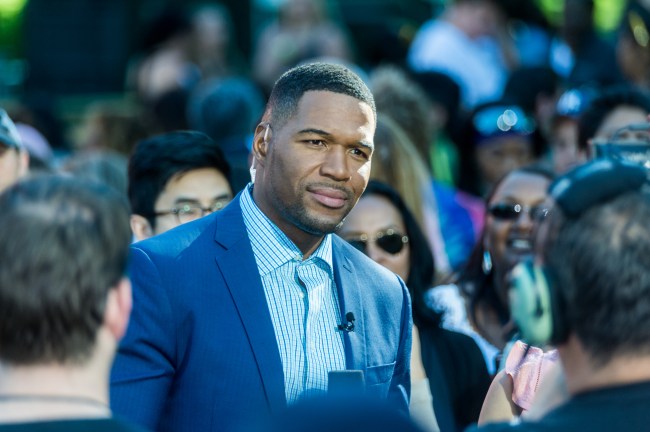 Michael Strahan is literally the hardest working man in media. Between being an analyst on FOX NFL Sunday, as well as a co-host of ABC’s Strahan, Sara and Keke, among other contributing gigs, the New York Giants great has a ton of different opportunities that, more than likely, bring in a lot of money.

While Michael Strahan has a lot of good stuff going on, unfortunately, he and his now former wife, Jean Muggli Strahan, completed a messy (and super expensive) divorce back in 2006, with Strahan forced to pay his ex a whopping $15.3 million in a divorce settlement, along with $18,000 per month for their daughters in child support, including an absurd $27,000 on clothing alone. While that seems like more than enough to live on for, you know, ever, Jean Muggli Strahan wants even more cash, and is demanding an incredible $500,000 in child support now.

Per TMZ, which obtained legal documents, Michael Strahan’s ex-wife claims the former NFL star hasn’t live up to his end of the bargain in paying for certain things.

Jean Muggli Strahan claims in legal docs … the former NFL superstar’s on the hook for some big-time equestrian expenses for their twin teenage daughters — Sophia and Isabella — along with owing hundreds of thousands in back child support.

Jean says a huge chunk of what Strahan owes her is to cover their daughters’ horseback riding bills … which she claims amount to $450,802 since 2017. According to the docs, Michael agreed to go halfsies with Jean but hasn’t paid up … so she’s seeking more than $225k from him.

In docs he filed, Michael says he never agreed to such an arrangement.

On top of that, Jean claims Michael has underpaid child support since 2010 … because the monthly amount he pays hasn’t been adjusted for cost of living. The docs say she wants $321,654 in back support to make it right.

In his filing, Michael admits part of their agreement does call for cost-of-living adjustments — but adds, the language about how to come up with that number is “vague and indefinite.” Translation: We need to agree on a formula to come up with the correct number.

That being said, by Jean’s current calculation … she’s looking to get more than $547k.”

Given the increased income Michael Strahan has gotten since the initial divorce settlement 13 years ago, it seems like his ex-wife think he has more than enough to pay higher child support, and is requesting $18,378 a month going forward. It’s a pretty sad situation, so hopefully the two can work out an agreement.