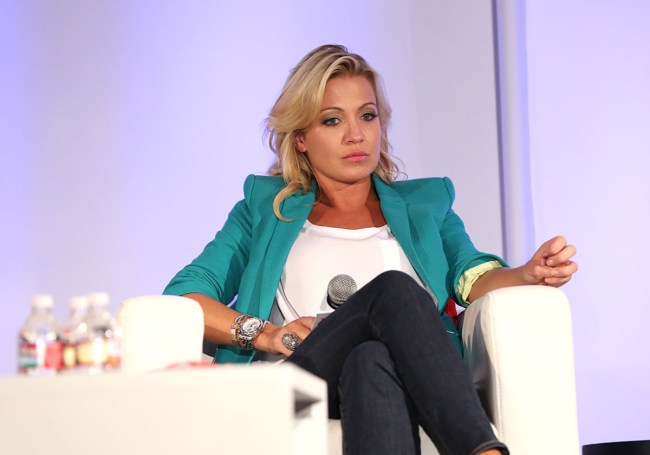 Not everyone is on board with Tom Brady’s $375 million contract to join Fox when he decides to actually retire from playing in the NFL. Former ESPN host Michelle Beadle is one of those people.

Speaking with former ESPN anchor Bob Ley on her ‘What Did I Miss?‘ podcast, Beadle did not hold back while sharing her opinion about Brady’s deal, which she labeled “asinine.”

To be fair, “asinine” is a good adjective to describe a person getting paid $375 million to simply talk about football, even if that person is the greatest quarterback in NFL history.

Brady hasn’t exactly been the most entertaining person when standing in front of a mic over the course of his career, but that could change when he goes full-broadcast mode after hanging up the cleats.

Ley wasn’t willing to go as far and call Brady’s contract “asinine,” but he did make the point that a lot of others have made in the fact that there isn’t one single broadcaster that is going to bring additional viewers in.

To drive her point home, Beadle shared a rather unique thought while explaining just how asinine a $375 million broadcasting contract is.

“George Clooney could be naked, juggling, talking about football and I’m still not gonna be like, ‘yup, that was worth $375 million,’” Beadle said.

“By the way that was a weird call for Clooney naked, maybe [Chris] Hemsworth, maybe we’re more in Hemsworth territory now.”