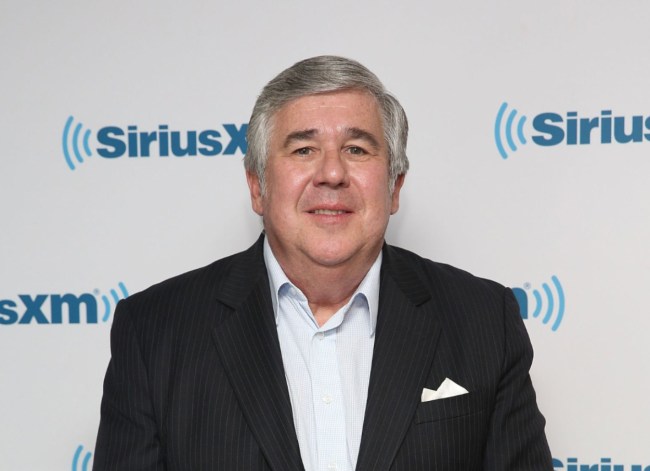 LIV Golf has taken a beating by many in the golf world – from players, to fans, to media members – dating back to when the Saudi-backed circuit was merely just a rumor.

While there’s no debating that the Saudis backing LIV Golf have a deplorable human rights record, it’s been interesting to see so many draw a line in the sand with a new golf league.

LIV Golf is a textbook example of ‘sportswashing,’ but so too is the case with the NBA’s relationship with China, Russia and China hosting recent Olympics, and Qatar playing host to this year’s World Cup.

Former ESPN anchor Bob Ley has taken notice of the LIV Golf criticisms and is curious as to why those same critics aren’t voicing their frustrations with other sports leagues working with certain countries and governments around the world.

“It’s real easy to be pissed off and angry about LIV Golf and the Saudis, all I ask for is philosophical and ideological consistency,” Ley told Michelle Beadle on her ‘What Did I Miss?‘ podcast.

“If you wanna get in a froth about LIV Golf, and you have every right to…take a pause, take a deep breath and look at China and see, should this outrage or this introspection and this attention extend to the NBA?”

Ley isn’t the only prominent sports figure to send this type of message about LIV Golf and other sports around the globe. His former co-worker, Stephen A. Smith, recently called out the hypocrisy of the whole situation as well.