Michigan Grad Loses Out On $1 Million Payday With Championship Loss, But Cashes In On Hedge Bet 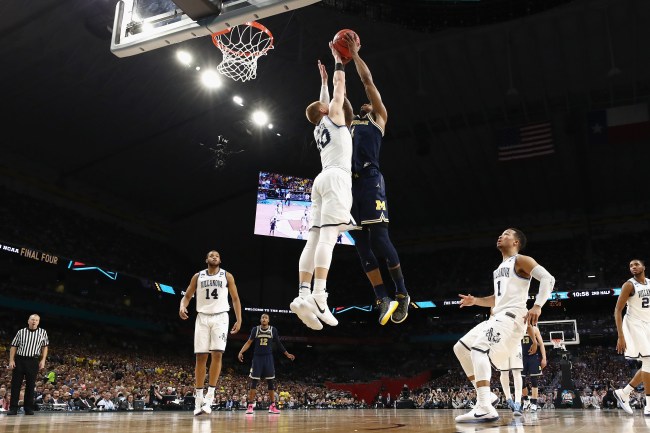 Derek Stevens is probably still in bed right now with a pint of Ben and Jerry’s and a box of Kleenex. For tears, you sicko.

Before the NCAA tournament, the Michigan Alum and majority owner of the Golden Gate Casino and D Las Vegas Hotel Casino, bet $25,000 at 40-1 odds that his alma mater would be the last team dancing. If Michigan won the National Championship, Stevens was set to make $1 million–a sum he’d use to build a new casino in downtown Las Vegas.

Stevens made the bet at the Golden Nugget sports book, who was absolutely terrified about the prospect of shelling out a seven-digit sum to a bettor.

“That would be devastating,” said Tony Miller. “That would be the largest payout [in college basketball] we’ve seen in 10 years.”

.@umichbball had a great run & they made us quite nervous throughout the tournament! We enjoyed watching the games and will enjoy keeping our $1M even more. We have a great time with our friendly rivalry with @DerekJStevens and @theDlasvegas. #NationalChampionship

As we now know, Donte DiVincenzo scored a career-high 31 points en route to Villanova beating Michigan 79-62 for all the marbles.

Stevens missed out on the million. But please don’t cry for him. The casino owner had the foresight to hedge his bet to ensure he’d walk away with something, whether Michigan won or lost. On Monday, Stevens tweeted that he was hedging his bet to “make sure we come out cashing at least a little bit here.” The accompanying video shows him and his cronies carrying box full of cash to the sportsbook at one of his own casinos, where he put $330,000 on the money line for Villanova.