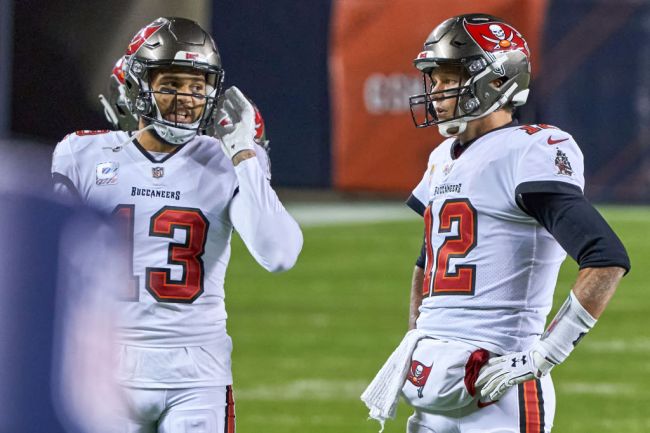 It turns out that Leonard Fournette wasn’t the only member of the Buccaneers’ offense receiving late-night and early-morning text messages from Tom Brady ahead of Super Bowl LV. Mike Evans was also on the receiving end of some motivational messages as well.

In an appearance on ‘The Michael Irvin Podcast,’ Evans said Brady stepped up everything he usually did during the season to help motivate his teammates, and that included firing off some text messages while most of his teammates were asleep.

“He was texting us a lot of clips, lots and lots of film on what to expect on certain down and distances,” Evans said. “He does that all the time, but just in the playoffs and especially this game, he went above and beyond.

“Like 12 at night, six in the morning. People aren’t even up, and he’s telling us this won’t work against this guy. You’ve got to run it like this. This is the detail that went into this and the extra meetings and all the hard work. It all paid off and Tom is a great leader.”

Brady knows a thing or two about Super Bowl prep and with the majority of his teammates preparing to play in their first-ever Super Bowl, Brady pulled out all the stops in getting his guys ready for the big game.

During his press conference following the Bucs’ 31-9 beat down of the Chiefs, Fournette shared that Brady was instilling confidence in his teammates via texts as well.

“All week he made us believe we were going to win,” Fournette said. “He was texting us at 11 o’clock at night, ‘We will win this game.’ We believed in him. We believed in the play-calling, what the coaches were calling and we just ran with it.”