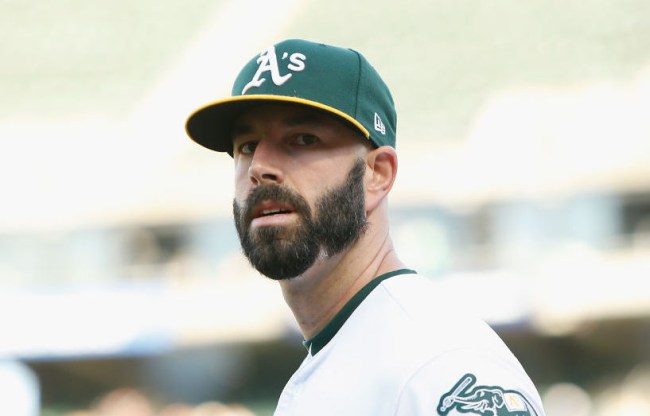 Traditional wisdom says it’s frowned upon to burn bridges when you leave a job, as speaking negatively about a former employer or your coworkers is generally seen as a bad look and could come back to bite you in the ass if you end up dealing with them in the futures or scare off recruiters and interviewers who may wonder if you’ll do the same thing if they hire you and you eventually depart.

However, as someone who once worked at a company built on a foundation of moral bankruptcy and populated by sycophantic snakes—a few of whom I would by a drink for if I ever ran into them at a bar for the expressed purpose of throwing it in their face—there are certain scenarios where you just can’t keep your mouth shut.

Back in November, Major League Baseball was treated to another in a long line of scandals thanks to Mike Fiers, who pitched for the Houston Astros for three years and won a World Series with the team in 2017—the same World Series that has recently become the subject of a little bit of controversy.

Last November, The Athletic published an explosive article after Fiers went on the record and accused the team of stealing signs by setting up a camera in the outfield so people in the clubhouse could let batters know what pitches to expect.

The accusations sparked an MLB investigation, and after releasing the results of that investigation last month, the league has been dealing with a shitshow that rivals Fyre Festival thanks to how it’s approached punishing the people who were involved.

After examining the evidence at his disposal, commissioner Rob Manfred opted the best course of action was to suspend GM Jeff Luhnow and manager A.J. Hinch for a year (they were subsequently fired), take away some draft picks, and hit a franchise that’s worth an estimated value of $1.8 billion with a $5 million fine.

What he did not do, however, was punish any of the players who were on the team at the time and were more than happy to benefit from the sign-stealing scheme and his multiple piss-poor attempts to defend his reasoning have been criticized by players around the league, the MLBPA, and even LeBron James.

At one of his disastrous press conferences, Manfred warned teams that they’ll face serious repercussions if pitchers retaliate against members of the Astros this season (unlike, you know, the players who actually cheated) but sportsbooks don’t seem to think that’ll dissuade anyone.

Manfred also said the league “will take every possible step” to make sure Fiers also doesn’t face retaliation from the Astros or any other team for blowing the lid off the scandal (although based on the universal enmity players around the league have for Houston right now, it seems more likely the pitcher will be welcomed with an Edible Arrangement at every ballpark he visits).

On Wednesday, the pitcher chatted yet again with the outlet that first brought the issue to light to address Manfred’s comments and it doesn’t sound like he’s overly concerned:

“I’m not asking for extra security. I’m here to play baseball and I can defend myself, if anything.

We do have National League games and I’m going to have to get into the box (to hit) just like everybody else. It’s part of the game. If they decide to throw at me, then they throw at me. There’s nothing much you can do about it.”

The Astros and the Athletics are slated to play two three-game series against each other early on in the season, but the last time I checked, both teams are in the American League so I’m having trouble dreaming up a scenario where Fiers would be in the batter’s box.

However, the pitcher suggested it’s really Astros players who should be worried, saying:

“It’s the same with those guys. They’ve got to go in there hoping to play the game of baseball and if they get hit, they get hit. The consequences are going to be what it is.”