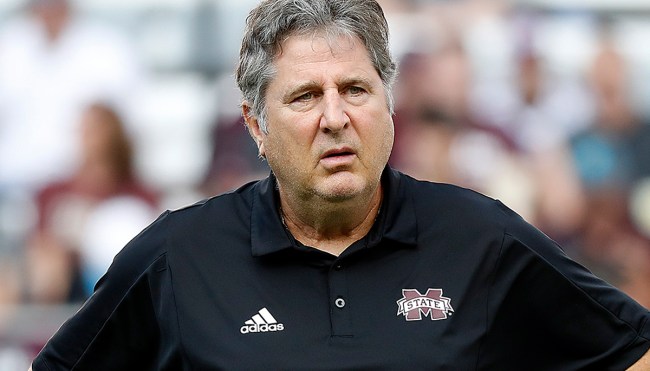 Over the course of his long career as a college football coach, Mike Leach has never been shy about sharing his thoughts on virtually any and every topic he’s been given the opportunity to sound off about, as the infinitely entertaining coach has treated us to some fantastic rants about the evils of candy corn, what to expect when you get married, and what’s really going down behind the scenes at Area 51.

Of course, the man who currently patrols the sidelines for Mississippi State occasionally chimes in with some football-related opinions, and based on what he had to say when he was asked how he feels about college football players who skip bowl games, it’s safe to say anyone who plays for the Bulldogs while he’s at the helm with think twice about declining the chance to play in one.

It’s not exactly rare for players who think they have a promising NFL career ahead of them to sit out a bowl game, and it’s easy to understand why guys who are planning on declaring for the draft after the season ends wouldn’t want to risk being injured in what is essentially a meaningless contest.

On December 28th, Mississippi State will face off against Texas Tech in the Liberty Bowl. While that game will be a bit of a grudge match for the man who used to coach the Red Raiders, Leach made it very clear he also expects his guys to be just as invested in the outcome as he is while speaking with The Mississippi Clarion Ledger.

I mean, guys will go to the NFL, they’ll make the Pro Bowl and then they’ll play in the Pro Bowl. It’s one of the biggest absurdities that I’ve seen, and it’s selfish, too.”

Tell us how you really feel, Mike.