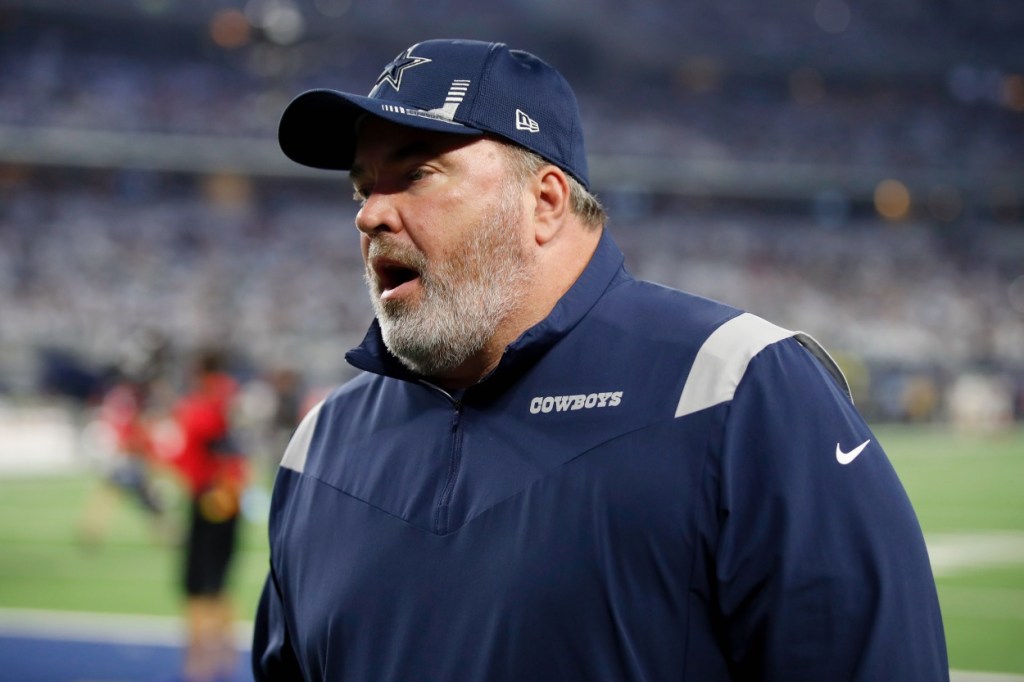 The correct play call is the one that wins the game. Mike McCarthy needed the Dallas Cowboys offense to get into the end zone and convert the PAT and they would’ve moved on. Instead, McCarthy called a QB sneak that ran so much time off the clock the Cowboys couldn’t get set to spike the ball before the clock ran out and they lost the game.

Again, the correct play call would have been calling a play that won the game. It’s such a simple thing to understand by Dallas Cowboys head coach Mike McCarthy simply cannot wrap his mind around the fact that he called the wrong play, that he called a play that lost his team the game.

Mike McCarthy is previously stated he thought the refs would add more time on the clock. And the Cowboys from office shockingly has no plans to mix things up with personnel changes. So now Mike is quadrupling down on his claim that he made the right play call. He’s pleading his case so hard you almost get the sense that he feels a little personal guilt over making the wrong call and can’t admit when he’s wrong…

Speaking with Michael Gehlken of the Dallas Morning News, McCarthy reiterated that he believes the play call was correct. Never mind the fact that they lost because of the clock running out. He firmly believes he was right.

“So, it’s the right call. The situation is right off the call sheet. So, that part’s right. The part we got to talk about as a staff and had a chance to visit with Dak about it and speaking with officiating last night, is the mechanics, our mechanics matching their mechanics. I’m not going to get into their mechanics. But as far as the draw play, the execution, the only thing Dak and I talked about was put a yard limit on it. Cut it to 10 yards. That’s probably going to be the change, the adjustment we make.”

Did they win the game? No. Could they have won the game? Yes. It was the wrong play call.

Mike McCarthy: “The final play was the right call”

Cowboys coach Mike McCarthy on Sunday’s playoff loss to 49ers: “I have not watched the game in detail.” Final play an exception, how team handled clock. Regarding draw: “It’s the right call” with at least 13 seconds remaining. Dak Prescott is coached to give the ball to center.

Mike McCarthy says the threshold on the last play vs 49ers was 13 seconds. He maintains it was the right call.

And I’ll disagree all day long, in that situation. It’s too tight, period. pic.twitter.com/X8FDYWqtDB

It was the wrong call. Mike McCarthy is wrong. They could’ve won the game but he called the wrong play. It’s as simple as that.