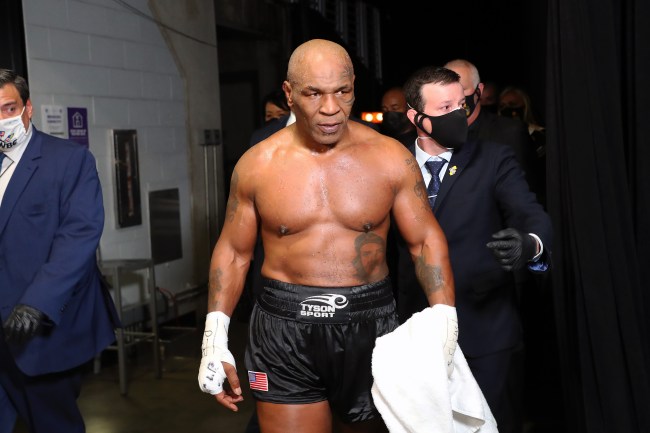 Mike Tyson fans have found themselves in a helluva pickle.

The good news is that an eight-episode limited series based on the life of Mike Tyson from I, Tonya screenwriter Steven Rogers and director Craig Gillespie, has been ordered straight to series at Hulu.

The bad news is that if you watch it, you’ll be perpetuating the systematic Hollywood scavenging that has persisted for decades.

According to the Hollywood Reporter, the series will “explore the wild, tragic and controversial life and career behind what the streamer calls “one of the most polarizing figures in sports culture.”

One itty bitty problem. Mike Tyson is very much not down with series, which he claims he not only never signed off on, but will receive no money for.

“Hulu’s announcement to do an unauthorized mini-series of the Tyson story without compensation, although unfortunate, isn’t surprising,” Tyson wrote on Instagram. “This announcement on the heels of social disparities in our country is a prime example of how Hulu’s corporate greed led to this tone-deaf cultural misappropriation of the Tyson life story. To make this announcement during Black History Month only confirms Hulu’s concern for dollars over respect for Black story rights.

“Hollywood needs to be more sensitive to Black experiences especially after all that has transpired in 2020. The real Mike Tyson authorized story is in development and will be announced in coming days. Hulu to announce stealing a Black athlete’s story during Black History Month couldn’t be more inappropriate or tone-deaf.”

At the time of this writing, Hulu has not yet responded. I’d be scared too.