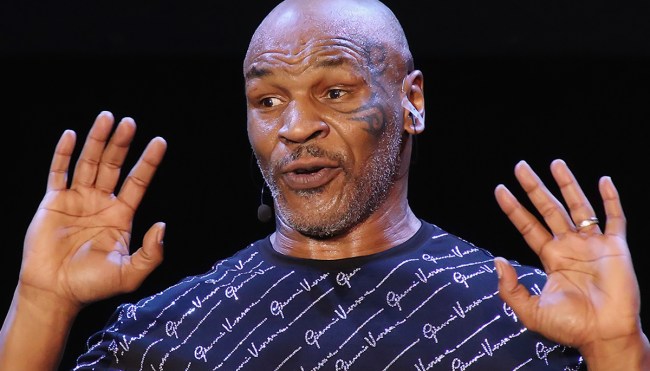 It’s hard to think of a figure in the world of sports who’s undergone a more dramatic reinvention than Mike Tyson, as the man who was once the most feared and dominating boxer on the planet has become decidedly more chill since stepping away from the ring—which probably has something to do with his affinity for smoking boatloads of marijuana.

A few years ago, Tyson revealed he actually smoked weed right before a fight he managed to win in two rounds (although he was forced to forfeit after testing positive for THC following the bout), and his lifelong love of the drug inspired him to construct a massive marijuana ranch that doubles as a resort in California.

However, that’s not the only mind-altering substance Tyson has a fondness for, as he’s said the therapeutic benefits of the psilocybin found in “magic” mushrooms pulled him from the brink of suicide and played an instrumental role in getting his boxing career and life as a whole back on track.

During a recent discussion with The New York Post, the boxer revealed there’s another slightly less conventional hallucinogen he’s developed a bit of a habit for: toad venom. While chatting with the outlet at a convention devoted to psychedelics in Miami, Tyson said he’s repeatedly smoked venom derived from the Sonoran Desert Toad since first inhaling it “as a dare” four years ago.

The fighter said he’s smoked toad venom over 50 times since his first experience, which he says helped him put his life in perspective:

“I ‘died’ during my first trip. In my trips, I’ve seen that death is beautiful. Life and death both have to be beautiful, but death has a bad rep. The toad has taught me that I’m not going to be here forever. There’s an expiration date…

I did it as a dare. I was doing heavy drugs like cocaine, so why not? It’s another dimension. Before I did the toad, I was a wreck. The toughest opponent I ever faced was myself. I had low self-esteem. People with big egos often have low self-esteem. We use our ego to subsidize that. The toad strips the ego.”

While the toads in question are native to Mexico, Tyson has apparently started breeding the amphibians on the aforementioned ranch to make sure he has easy access to the supply of the venom.