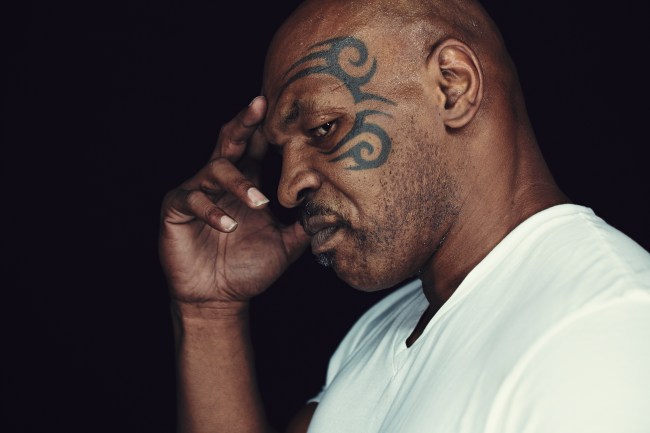 Former heavyweight boxing champion Mike Tyson was on the brink of suicide, but was able to win the fight of his life thanks to psychedelics. Now, Iron Mike wants to enlighten the world about psilocybin mushrooms, commonly known as “magic mushrooms,” because he believes the mind-altering drugs could change the world.

Tyson has admittedly been troubled throughout his life, but mental illness rendered the dominant boxer powerless and nearly to the point of him taking his own life. Tyson battled suicidal thoughts, which he says caused some of his insanely erratic public behavior.

“Everyone thought I was crazy, I bit this guy’s ear off,” Tyson told Reuters. “I did all this stuff, and once I got introduced to the ‘shrooms… my whole life changed.”

The behemoth boxer started using psilocybin mushrooms, and it changed his life. Tyson, 55, credits the hallucinogenic drug for helping him get rid of thoughts of suicide and getting his boxing career back on track.

“It’s scary to even say that,” Tyson said. “To think where I was – almost suicidal – to this now. Isn’t life a trip, man? It’s amazing medicine, and people don’t look at it from that perspective.”

Tyson is such a proponent of magic mushrooms that he wants to be a global spokesperson on the benefits of psilocybin mushrooms, which he says could change the world for the better.

“I believe this is good for the world,” said Tyson, who believes magic mushrooms could make humans more empathetic. “If you put 10 people in a room that don’t like each other and give them some psychedelics, they’ll be taking pictures with each other.”

“Put 10 people in a room who don’t like each other and give them some liquor, and they’ll be shooting everybody,” Iron Mike added. “That’s real talk.”

RELATED: Mike Tyson Talks About Tupac Visiting Him In Prison, Wanting To Rob Cus D’Amato And Asks Why His Daughter Dates White Guys

“I am cured, for sure, of TBI and any related symptoms. 100%,” Carcillo said. “I do not suffer from slurred speech, headaches, head pressure, insomnia, impulse control issues, anxiety, depression or suicidal ideation.”

Wesana recently began a clinical research project with the World Boxing Council (WBC) to examine the potential use of psilocybin to help boxers deal with TBI.

Psychedelics may even have something to do with Tyson telling Joe Rogan that human beings are “descendants of aliens.”

RELATED: Mike Tyson Says He Smoked A Joint Before His Fight With Roy Jones Jr.