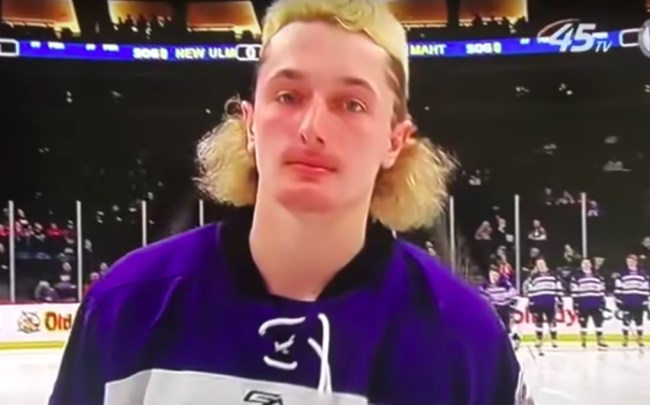 We might still be a month away from The Masters, but as far as I’m concerned, Jim Nantz is as full of shit as John Denver was in Dumb and Dumber when he calls the annual event “a tradition unlike any other.”

I’m not trying to disrespect the broadcasting legend and I’ll be the first person to admit his claim may have been true at some point in history. However, as far as I’m concerned, it lost the title a long time ago thanks to another annual classic: the Minnesota State High School All-Hockey Hair Team.

High school hockey players in the state spend years preparing for Minnesota’s premier sporting event, and while I’m sure at least some of them care about winning the tournament, a title pales in comparison to being named to the all-star team to top all other all-star teams.

The Minnesota State High School All-Hockey Hair Team has its roots in 2011, which is when a random dude with the most monotone voice in the world decided to sit down an analyze the various flows on display during the annual event.

He’s been doing the same thing every single year since then and it’s easily one of my favorite events on the sporting calendar.

You never know exactly what you’re going to get when the tournament rolls around but you do know you’re going to be treated to a glorious collection of sick lettuce, shaved mullets, and bleached locks that make the long wait more than worth it.

Now, I’m happy to announce the 2019 Minnesota State High School All-Hockey Hair Team has been announced and it’s as good as it’s ever been—especially when you consider Rick Flair makes an appearance.

Last year, Carly Beniek took home the top spot and became the first female winner in the history of the contest and this year’s honor goes to Duluth East sophomore Jacob Jeannette, who took home the title with this gorgeous ‘do. 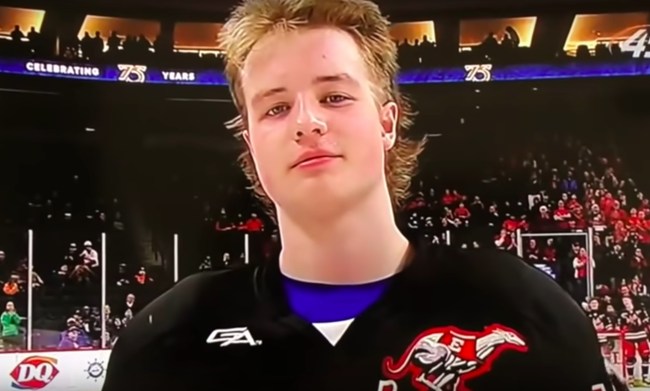 They might seem silly but these videos are also for a good cause, and if they’ve brought you delight over the years, I highly suggest you pop over the GoFundMe Page set up to benefit the Hendrickson Foundation, which supports a number of great hockey-related initiatives in Minnesota.

Well done as always, boys (and girls). Let the countdown to next year begin.