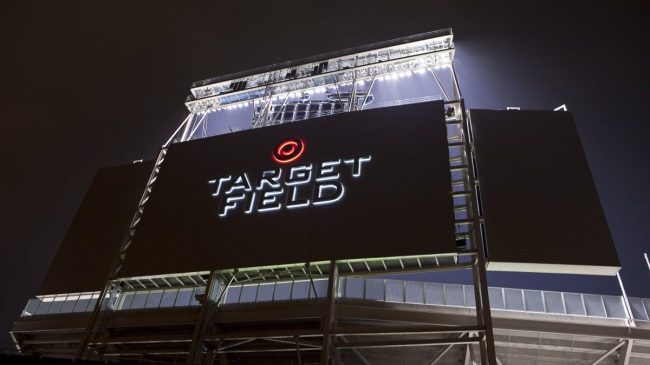 Throwing out the first pitch at a Major League Baseball game is supposed to be an honor. Oftentimes the person brought in to throw the pitch has achieved something remarkable or a certain level of celebrity.

But all too often it goes wrong. Bad first pitches seem more common than good ones, and if your pitch is particularly bad you get clowned on the internet for days to come.

Some truly awful first pitches live on in infamy for years to come. Just ask 50 Cent. It’s hard to imagine he’ll ever go near a pitcher’s mound ever again.

But then there are the heroes. Those who train and deliver a strike right down the middle. Particularly those who do it from the mound and with some gusto. They are the legends who will go down in first-pitch glory for years to come.

Perhaps nobody can match the quality of the first pitch thrown out by Minnesota Wild defenseman Alex Goligoski on Thursday night.

Goligoski is an NHL journeyman who won a Stanley Cup with the Pittsburgh Penguins in 2009. He played his first season in Minnesota in 2021-2022 and put up a respectable 30 points in 72 games.

But it’s clear he’s just been waiting, honing his skills until the moment came. That moment arrived on Thursday night as he was asked to deliver the ceremonial first pitch before the Twins hosted the Kansas City Royals.

When the moment did come, Goligoski delivered a pitch like no other.

What a Wild first pitch! 🏒

Not only does Goligoski deliver a strike, but he does so with a snipe off the blade of his hockey stick. I don’t think people quite appreciate how difficult that is to do. Clearly, this is a man who has practiced.

Though some know how to respect greatness when they see it.

This is pretty cool. Dude shot a strike right down the middle 🔥 https://t.co/IMg9GukeVy

This is the coolest first pitch in MLB history https://t.co/ff0x1giG6e

Mind you, there is a small child stationed behind the plate, and if Goligoski misses he’s going down in history for all the wrong reasons.

Instead, he painted the black.