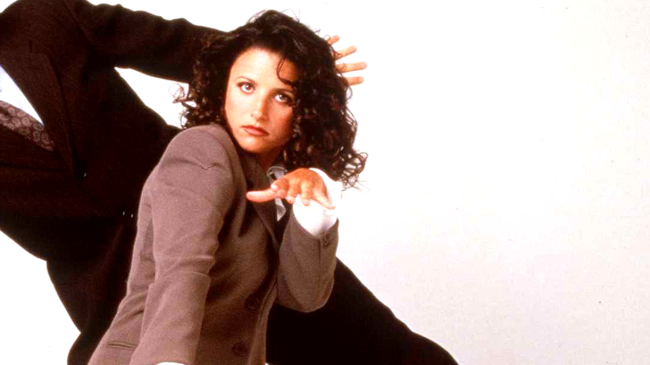 As we have seen numerous times over the years, promotions at Minor League Baseball games are just a little bit different.

One such promotion, held by the Brooklyn Cyclones – the High-A affiliate of the New York Mets – is “Seinfeld Tribute Night: A Celebration of Nothing.”

Started in 2014, the Cyclones’ annual “Seinfeld Night” is filled every year with memorable moments from the show about nothing that last aired way back in 1998.

Past highlights of the event include appearances by the actors who played the characters Lloyd Braun, the Soup Nazi, J. Peterman, Kenny Bania, Jackie Chiles, Bizarro Jerry and marathon runner Jean-Paul.

The Cyclones have also dressed up as the Brooklyn Marble Rye, given away a Fusilli Jerry collectible figurine, a KoKo the Monkey softball jersey courtesy of Kruger Industrial Smoothing, and a Magic Loogie bobblehead.

They’ve also held events like a Junior Mint Toss, the Summer (Olympics) of George, and the most popular event of them all: a Elaine Dancing Contest for the Big Salad Championship Belt.

Have you ever seen Elaine dance?

Here are some of your contestants from the 2022 Battle for the Big Salad. #yadayadayada #sweetfancymoses pic.twitter.com/I4p84zusZe

This past Saturday, the Brooklyn Cyclones’ annual “Seinfeld Night” saw fans participating in a “Sponge Worthy” contest, the Opposite of Every Contest We’ve Ever Done, a Low Talker contest, a “She Had Man Hands” contest, Name That Flaw, the annual Dr. Cosmo Kramer: Proctologist event, a Shrinkage Race, and a Closest to the Blow Hole contest.

Fans were also given a Marble Rye figurine and bobbleheads of The Wiz and Mulva and the special guest was the actress who played Donna Chang.

I thought Seinfeld night peaked a few years ago with the Elaine dance contest but the marble rye figurine is just 🤯 pic.twitter.com/sdkTgj9qeT

Ya know. It’s really not a bad looking shirt…

Some fan fashion as we open the gates for our annual night about nothing. pic.twitter.com/b7eUruhtYF

If you think that looks like fun, well… it is.

“It sort of has become a Seinfeld convention with a baseball game in the background,” said Cyclones director of communications (now assistant general manager) Billy Harner in 2019. “People come in costume and people come as much — if not more — for the contests than the actual baseball.”