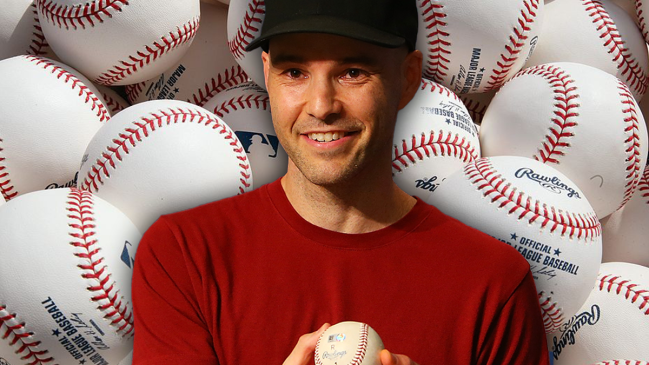 If you’re a fairly dedicated baseball fan, there’s a very good chance you’re aware of the existence of Zack Hample, the man commonly referred to as “Foul Ball Guy” who has been roaming the bleachers of MLB stadiums around North America since the early 1990s in a quest to rack up as many balls as he can.

Hample essentially harnessed his own version of spectator sabermetrics to figure out the ideal places to post up inside a stadium in the hopes of snagging a foul ball or home run and has harnessed a number of different strategies to try to walk out of every venue with a souvenir —like donning the hat of the visiting team he has no real allegiance to and hounding their players to throw him a prize.

The collector has amassed over 12,000 baseballs over the course of his, um, career, including Mike Trout’s first home run in The Show and Alex Rodriguez’s 3,000th hit. However, he arguably only rivals Marlins Man as the most infamous fan in baseball thanks to the fact that he’s a grown man who will basically do everything and anything to get his hands on his preciouses—including buying his way into a game reserved for members of the military and their families.

Hample didn’t do himself any favors after an usher accused him of stealing a ball that was thrown to a kid at a Rockies game in August, and when Aaron Judge found himself on the verge of tying Roger Maris’ record for the most single-season home runs in American League history after clocking his 60th dinger of the year earlier this month, a lot of people assume the ballhawk would be doing everything in his power to snag the upcoming milestone.

Thankfully, that did not end up being the case.

During Wednesday night’s game between the Yankees and the Blue Jays, Judge secured a spot in the record books after cranking a two-run homer to left field in the top of the seventh inning.

One fan (who is really, actually named Frankie Lasagna) blew his chance to catch the record-tying ball some experts estimated could’ve sold for upwards of $250,000, which was ultimately secured by Toronto bullpen coach Matt Buschmann (who returned the ball to Judge—much to the chagrin of his wife).

Based on multiple photos that surfaced online, Hample never had a chance to catch the ball, as he was at Citi Field to watch the Mets face off against the Marlins. However, that didn’t stop plenty of people from rejoicing after learning he’d missed out on snagging a piece of history.

That includes one person who dubbed it a “victory for America” and another who said it was “the best thing” to come out of the night.

Another victory for America.

However, that was just the tip of the iceberg when it came to the reactions.

Zach Hample not getting Pujols or Judge’s home runs have to be considered a massive 2022 win.