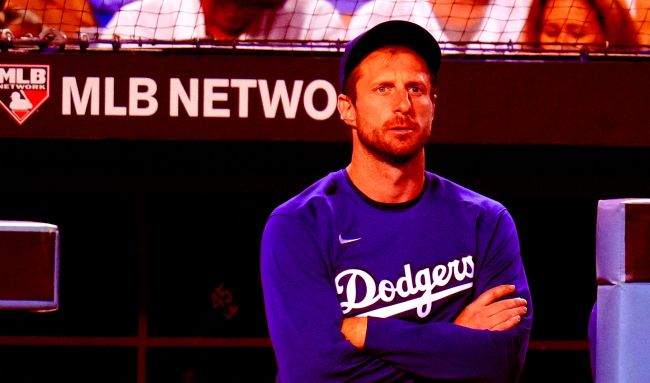 Wednesday night, after another day of fruitless negotiations with the players, Major League Baseball commissioner Rob Manfred announced that another week of games have been canceled.

Now, there won’t be able regular season games played in what would have been the first two weeks of the MLB season.

“In a last-ditch effort to preserve a 162-game season, this week we have made good-faith proposals that address the specific concerns voiced by the MLBPA and would have allowed the players to return to the field immediately,” Manfred said in a statement. “The Clubs went to extraordinary lengths to meet the substantial demands of the MLBPA. On the key economic issues that have posed stumbling blocks, the Clubs proposed ways to bridge gaps to preserve a full schedule. Regrettably, after our second late-night bargaining session in a week, we remain without a deal.

“Because of the logistical realities of the calendar, another two series are being removed from the schedule, meaning that Opening Day is postponed until April 14th. We worked hard to reach an agreement and offered a fair deal with significant improvements for the players and our fans. I am saddened by this situation’s continued impact on our game and all those who are a part of it, especially our loyal fans.

“We have the utmost respect for our players and hope they will ultimately choose to accept the fair agreement they have been offered.”

The MLBPA says the owners canceling more games was “unnecessary”

In response, the Major League Baseball Players Association issued a statement of its own, ripping into the owners for canceling more games.

“The owners’ decision to cancel additional games is completely unnecessary,” the MLBPA statement read. “After making a set of comprehensive proposals to the league earlier this afternoon, and being told substantive responses were forthcoming, Players have yet to hear back.

“Players want to play, and we cannot wait to get back on the field for the best fans in the world. Our top priority remains the finalization of a fair contract for all Players, and we will continue negotiations towards that end.”

Related: Check Out The State-Of-The-Art Spring Training Facility The MLBPA Is Providing For Players

Once again, the MLBPA is saying that the owners are only offering a take-it-or-leave it option in the negotiations, cancelling games without providing any sort of counter-proposal.

Many players, including Max Max Scherzer, Alex Wood and Noah Syndergaard, already frustrated with the lack pf progress and not being able to begin the season, expressed their anger on social media.

I was in FL. We never offered the Int’l Draft. We did discuss it, but MLB told us they were NOT going to offer anything for it. At that point, we informed all players & agreed to no draft.

This is MLB muddying the waters & deflecting blame. Fans, pls hang in there with us.

Deadlines and ultimatums haven’t worked well so far no matter what “side” of the table you’re on or support. I just don’t understand why we need to keep canceling games and giving deadlines. Let’s just meet every day until we can do the one thing we all want. To play baseball.

How I feel anytime anyone asks me “what’s going on with baseball” pic.twitter.com/0OJLOyzhTt

Are we playing baseball this year or what? @mlb

To all of The fans out there...I can't wait to get back out there for y'all. Hopefully soon! Anyways, I heard this song today and it reminded me of our situation. So... this is to you ⁦@MLB⁩ pic.twitter.com/PcjVqAzNQ8