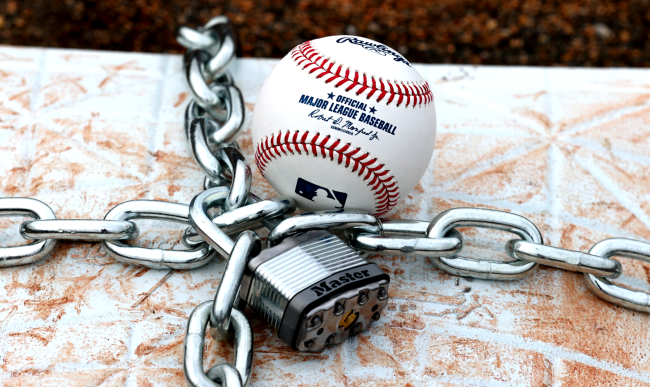 According to Brittany Ghiroli of The Athletic, who toured the MLBPA facility on Monday, players who come to work out there receive T-shirts and hats with the MLB Players logo. They also get access to an “enormous” high-tech workout area outfitted with a nutrition room, a taping room, cryotherapy, hot and cold tubs, and a catering service that provides complimentary breakfast and lunch.

Here’s the shirt and hat each player is given when they check in. pic.twitter.com/18lERCHMuo

She also spoke with several players and to say that they are impressed with the facility appears to be an understatement.

“This is probably one of the nicest facilities I’ve ever used,” said Giants outfielder Austin Slater.

Also in attendance on Monday were players like Mitch Haniger, Steven Souza Jr., Nico Hoerner, Patrick Wisdom, Joe Musgrove, Triston McKenzie, Mark Melancon, Brusdar Graterol and Anthony Banda. Others like Zack Greinke, Shane Bieber, Kyle Hendricks and Zach Plesac have also been spotted at the facility. The big rumor going around though was that Shohei Ohtani was also going to be showing up this week.

“I truly love coming every day,” Banda said. “I have some stuff that I’m working on as far as arm path stuff, and just sequencing, getting back in my groove. I’ll do a ton of mound work. I’m a big believer in that. The fact that it’s here and I can get on it whenever I want, it’s a huge relief. I used to have to scramble to see where I can get off a mound. To have this location, it’s very comforting.”

Haniger added, “I’m really, really happy that they set this up. This is just going to be big for us.”

“We’re trying to re-create [Spring Training] as much as possible and it’s pretty close,” said Slater, the Giants’ player rep. “The more guys (that come) the better, the more it feels like a camp. It’s important, just the camaraderie of us sticking together and unifying, while we’re still getting ready to play baseball.”