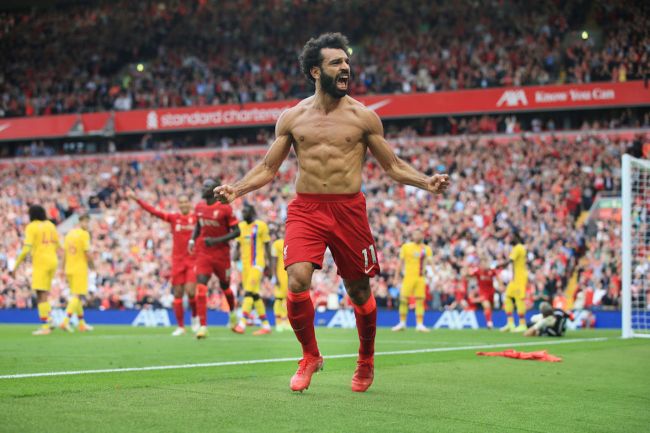 For the first time in a long time, it feels as though the conversation of “best football player in the world” is no longer centered around Lionel Messi and Cristiano Ronaldo. Does the duo remain the greatest of all time within the larger context of the game’s history? Absolutely. But right now, in this very moment, an argument can be made that one or two players have pulled level with them, if not passed them by entirely. Liverpool’s Mohamed Salah is one of those players (along with Bayern’s Robert Lewandowski, Dortmund’s Erling Haaland, and PSG’s Kylian Mbappe).

Now entering his fifth season at Liverpool, the 29-year-old Egyptian winger looks like he’s in the greatest shape of his life as he, once again, currently leads the Premier League in scoring. The insane quality of Salah’s shape isn’t purely anecdotal, though, as a recent article from Mundial Magazine has detailed how the goal-scoring machine appears to have developed muscles that most people have never heard of, let alone have on their own bodies.

According to Mundial Magazine, when Salah ripped his shirt off following his goal against Cyrstal Palace last Saturday, he unleashed a look at his “serratus anterior” muscles, which are located at the top of the ribcage.

The wing-like muscles that extruded around the side of his ribcage as he lifted the shirt were the serratus anterior—a muscle that originates on the surface of the first to eighth ribs at the side of the chest, and inserts along the entire anterior length of the medial border of the scapula.

What all of that means, is that he’s in exceptional nick. Phenomenal nick. Sometimes referred to as the “big swing muscle” or “boxer’s muscle” because of how it pulls the scapula forward and around the rib cage when someone throws a punch, Salah is likely to have worked hard on it because of the significance of his shoulder injuries over the last few years. 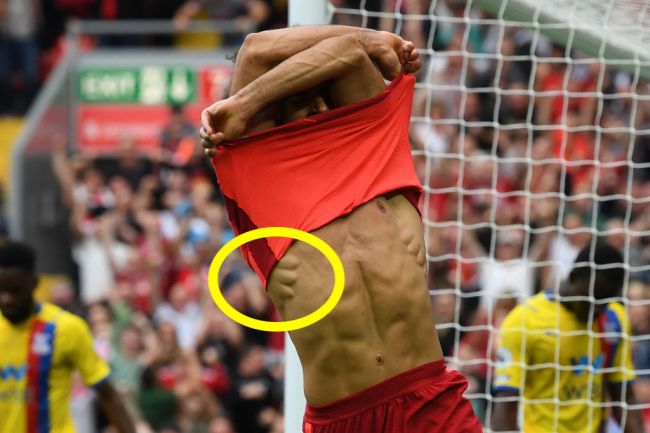 Liverpool’s march to reclaiming their Premier League title continues tomorrow as the Reds head to London to take on Brentford for the *first time ever* in the top flight of English football.