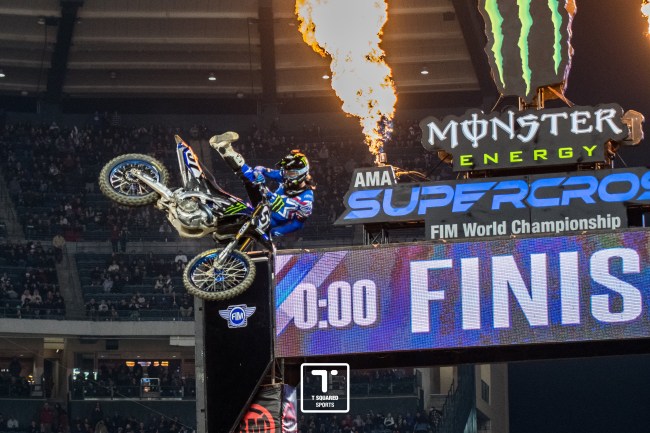 “I battled my ass off out there.”

“I feel like I am back to being me, riding like I want to,” said Barcia. “We just hit the reset button in the off-season. I rode a lot in the off-season, a lot of different tracks here and Europe and the bike was riding the way I wanted it to. I learned a lot about what will work for me to allow me to be back to riding like I used to. Finding my comfort level has been a key goal in the off-season. In doing a lot of the work by myself with the team this off-season, I learned a lot about myself and I feel like I have become a smarter and better all-around rider when you are doing a lot of your own work.” 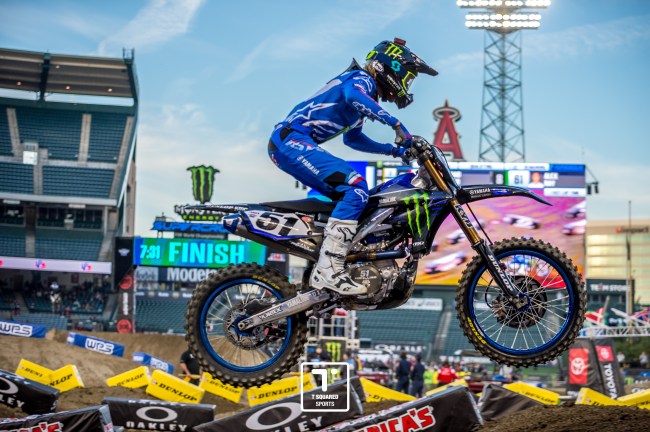 Unlike Anaheim 1 in 2019, the weather was clear and the crowds were loud to welcome back racing in 2020.

“It was nice to back up a win,” said Barcia. “I am a great mud rider so the weather last year worked in my favor. To win in good conditions proves that we can win no matter what.”

450 SX Class rookie, Monster Energy Kawasaki’s Adam Cianciarulo kept that momentum rolling after winning the 2019 Monster Cup in Vegas and he gave Barcia all he could handle. 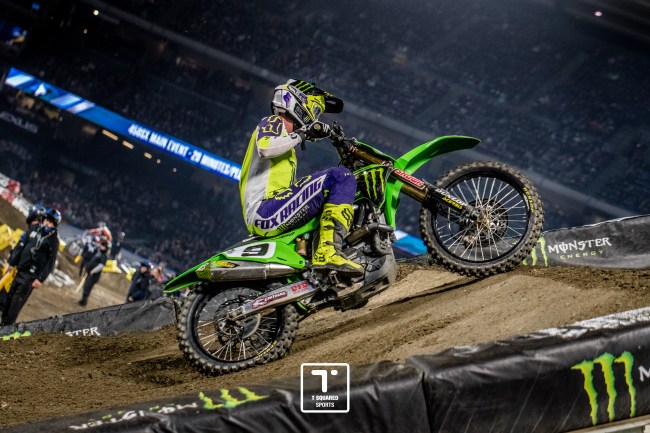 “It is quite different moving from the 250 SX Class to the 450 SX Class,” said Cianciarulo. “It was crazy getting out front leading, but honestly I was not that nervous. I do not look right or left of me because there are so many great riders out there. This is the premier class. I just look forward and pick my lines and attack.”

Rounding out the podium was Red Bull KTM’s Cooper Webb, the defending champion after a turn-around year in 2019 when he not only earned his first 450SX Class win, but in that same year took the title.

“Seeing the red number 1 plate on my bike was awesome,” said Webb. “Honestly I haven’t felt great health-wise all day and to be able to run some good laps and get on the podium today feels good. There is a lot of responsibility carrying the number 1 plate, but I feel like I learned a lot about myself, my bike and my team last year battling our way to the championship.” 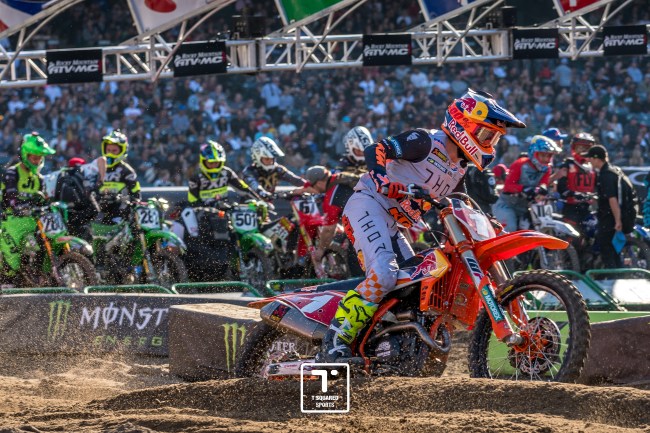 The massive crowd in Anaheim was not only treated to great racing but a tribute to Chad Reed who is retiring in his 22nd season of racing. Reed, who has won the season opener three times, has always said that he loves Anaheim the most. Growing up in Australia and a fan of Jeremy McGrath, he would watch as McGrath would dominate Anaheim and he set a goal to win where the King did.

The bikes head to the midwest next week in St. Louis at The Dome at America’s Center in St. Louis, Missouri next weekend, then returns to Anaheim, California for round three of the seventeen-round series that hits cities across the United States nearly every weekend until the final race in Salt Lake City, Utah on May 2nd. 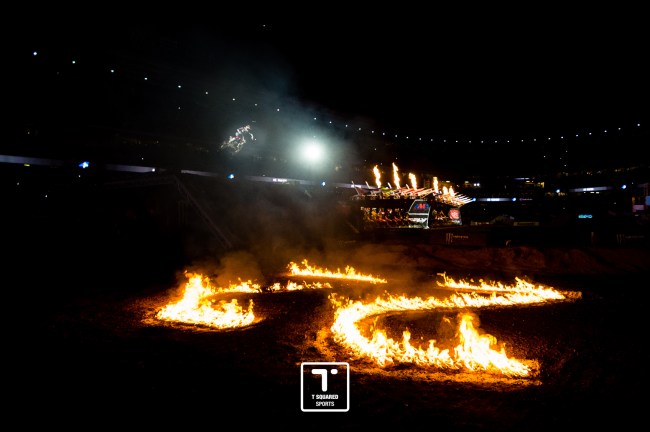 Tyler Tate is the Utah-based Editor of TSquaredSports.com and a professional Action Sports photographer who can be found capturing the action at hundreds of live events each year across the globe.