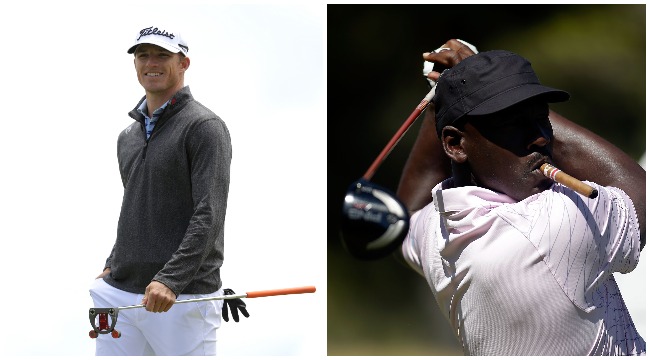 Former World No. 1 amateur golfer Morgan Hoffman joined the No Laying Up podcast to discuss everything from his career on the PGA Tour to flying his own plane to his crushing health diagnosis in 2016.

The 29-year-old Oklahoma State standout turned pro in 2011 before his career was stunted by a diagnosis in 2016 of muscular dystrophy, a disease that causes progressive weakness and loss of muscle mass. The New Jersey native talks about the arduous five-year process to receive a diagnosis from a doctor, and how the alleged best muscular dystrophy doctor in the country told him his best course of action was to come back in 10 yers when its worse for some physical therapy. That’s when he sought holistic treatments in Nepal. I’ll stop there because it’s worth a listen from Hoffman himself (at the 30:05 mark of the podcast).

One of the more light-hearted portions of the podcast was when Hoffman described his gambling on the course with Michael Jordan at Bear’s Club in Juniper, Florida. You can listen to Hoffman talk about his time playing with MJ (at the 4:35 mark) or read the transcript of it below.

He’s been easy money for me, I’ve never lost against him. He gets 10 shots from us. But coming down the last stretch he has shots on two of the last three so if you’re not up on him by then, you’re kinda guaranteed to either tie or lose because he’s so clutch.

I’ll never forget we were playing one match and I was one up going into 18 and he had like a 30-footer to tie me. And I’m like, ‘Dude, you’re not making this, c’mon.’ He looks me in the eye and goes “Motherfucker, I’m the greatest clutch athlete of all-time, watch this shit.”

And he drains at it, and just stares at me and points.

Cold blooded. As we’ve grown to expect from a man so cocksure he walked into the opposing team’s locker room before a game to tell the players he’s going to whoop their ass.

As far as Hoffman’s mission today, he’s started The Morgan Hoffman Foundation, to find a cure for muscular dystrophy and help those who are currently living with the disease. At his second annual golf tournament, Hoffman’s foundation raised over $1.6 million towards research.