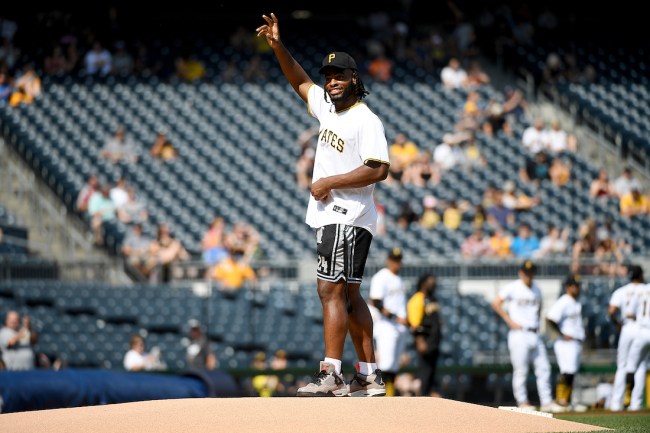 With the Steelers selecting Najee Harris No. 24 overall in this year’s NFL Draft, it’s safe to assume that the organization is excited about what the former Alabama star can bring to the offense. The running back runs angry. He has agility. And Harris even flashes playmaking ability as a receiver, which probably has Pittsburgh’s coaches salivating over how to utilize him this upcoming season.

There’s just one problem: Harris needs to understand that NFL minicamp doesn’t mean you’ve got to give 110 percent all the time. Apparently, the rookie needed a stern reminder of that over the weekend because, surprisingly, the team sent him home for going a little bit too hard during the meaningless practices.

According to Yahoo! Sports, Najee Harris was focusing too much time on football, which resulted in a little timeout from his new Steelers coaches. Here’s how his running backs coach Eddie Faulkner described the situation.

“It is true,” Faulkner said. “No. 1, and let me tell you why it’s true because I’m for all the hard work and the extra. I’m all here for that. I love it. But he also has to learn, part of Najee and getting to know Najee in the draft processes, he also has to learn how to give himself breaks, too. He works his butt off, and sometimes it’s a reward like, ‘Hey man, go home, relax, watch TV, do something different than the football.’”

It’s pretty weird to hear about an NFL team actually telling a player to dial it back a bit. But, honestly, it’s probably a good lesson for Harris to learn — especially as a rookie. NFL minicamp is important for team-building, learning the playbook and just brushing off some offseason dust. But Harris seems to think it’s the unofficial kick-off of the NFL season, and was just going hard AF to prep for the year.

There are lots of rookie moments that occur in the NFL throughout the year, this just happens to be the first one for Najee Harris. And, while the running back goes to great lengths to be around his team and/or football, to protect the kid from burning out too fast, this was probably the smart move by the Pittsburgh Steelers. Sometimes, giving your body and mind a rest to work smarter is better than overdoing it by working harder.