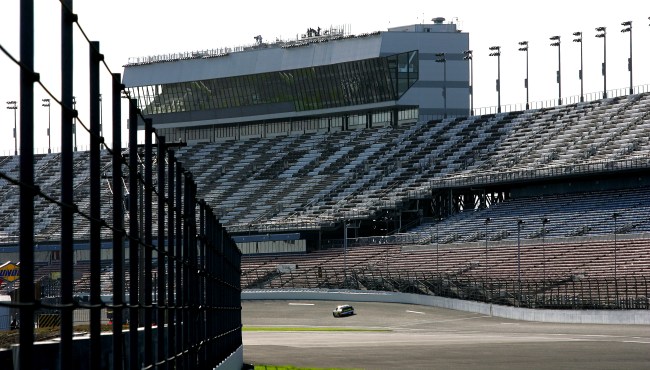 Update: Less than 24 hours after their first announcement, NASCAR now says they are postponing their next two events.

Homestead-Miami Speedway has seating for 46,000 people. Atlanta Motor Speedway has seating for up to 125,000 people. And when NASCAR visits those two race tracks over the next two weekends they will pretty much all be empty as the sanctioning body has announced the events will go on, but attendance will be limited to only people directly involved with putting on and competing in the events.

“At this time, NASCAR will hold its race events at Atlanta Motor Speedway and Homestead-Miami Speedway without fans in attendance,” reads the statement issued by NASCAR on Thursday. “These events will be restricted to competitors, crews, officials and other necessary personnel to conduct the race. We will work with public health officials as we determine future scheduling beyond these events.”

That statement follows the one made by Miami-Dade County Mayor Carlos A. Gimenez who previously said that the NASCAR race at Homestead-Miami Speedway scheduled for March 22nd was postponed unless NASCAR officials chose to hold the race without fans.

“In taking the necessary precautions to ensure the safety of our fans and industry stakeholders, the events at Atlanta Motor Speedway scheduled for March 13-15, 2020 will be held without spectators,” reads the track’s announcement.

“Ticketholders on file will receive a credit for the full amount paid towards any admissions including grandstand seating, infield, camping, fan hospitality, pit passes, etc. The credit can be used for the balance of the 2020 or 2021 seasons for a NASCAR sanctioned event at any Speedway Motorsports owned track, subject to availability.”

Homestead-Miami Speedway has not currently issued a formal statement, but the track’s web site does announce that as a result of the coronavirus outbreak the event will take place without fans and says, “Details regarding the process of redeeming the credit will be posted on this webpage within the next 48 hours.”

In other auto racing news, Formula 1 has also announced that after criticism from its six-time world champion Lewis Hamilton and due to McLaren Racing withdrew from the event due to one of its team members testing positive for coronavirus it has officially canceled the running of the Australian Grand Prix set for this coming weekend, stated that the the Bahrain Grand Prix will be held without fans in attendance, and postponed the Chinese Grand Prix.

Lewis Hamilton knows why F1 haven't cancelled any races because of coronavirus 💰 pic.twitter.com/LRrd26Zl2g

Your move, Vince McMahon. What is the WWE and XFL going to do?