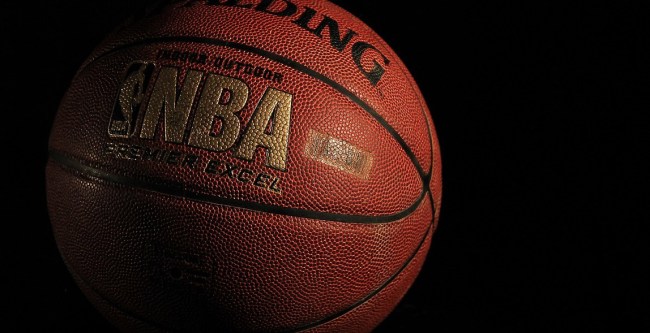 The NBA All-Star Game starters were officially announced yesterday, with LeBron James and Giannis Antetokounmpo earning captain status after receiving the most votes in their respective conferences. And, while I pointed out earlier today some of the insane names that current players voted for to start the game — which included Carmelo Anthony, among others — generally speaking, James and The Greek Freak will have plenty of superstars to choose from in the All-Star Game Draft.

With the starters set, fans were anxious to see what the players would be wearing during this year’s All-Star Game in Charlotte. After an apparent leak occurred last week, it turns out that Nike and Jordan Brand have landed on the design and, well, it’s a little boring. Take a look at what the uniforms look like below.

Sure, there’s something to be said about the whole subtlety of them, with the black and white colors and oversized team logos on the front, but, damn, Nike couldn’t do any better than this? Naturally, Twitter had reactions to the recently released NBA All-Star Game uniforms and, well, they seemed to agree with me that the design kind of sucked.

Terrible. MLB AllStar uniforms are better. Should say East or West not the player's team on the front

Seriously they a professional designer in doing all this. They had one job. One job.

Seriously WTF is wrong with NBA in using team logo for All Star game.

The scores for creativity are in!!! pic.twitter.com/rAu4aNJh9t

That SHIT IS FUCKING Awful what the fuck @NBA Nike this shit is trash on these all star jerseys pic.twitter.com/TfpS7crsem

those must've taken an entire hour to design

Of all the creative minds at Nike, this is what they come up with?

So they just gonna wear the sixers unis……word.

For all those fans, like myself, who are kind of shaking their heads at the recently released uniform design, here’s what David Creech, Vice President of Design of Jordan Brand, had to say about the idea behind the NBA All-Star Game threads, per Nike News.

“With the game being in Charlotte, we were presented with a great opportunity to look at the rich history of the city and its many connections to our brand. You see this come together with the 1991 inspiration combined with the clean black and white design language,” says Jordan Brand Vice President of Design David Creech.

I’m not designer or anything, but I’d like to think I could come up with a better concept than what Nike and the Jordan Brand did here. In a day and age when everyone loves throwbacks, why not have some fun with the NBA All-Star Game uniforms and go with something over-the-top and obnoxious like they did back in the day? Remember those clean 1992 uniforms? Those things were sizzling hot.

Unfortunately, this is what we’re stuck with for this year’s NBA All-Star Game, so if it feels like you’re watching a CYO or rec-league game, well, that’s because the uniforms kind of look like you are.