LaMelo Ball Is Headed To Charlotte, Drafted No. 3 Overall By The Michael Jordan-Owned Hornets 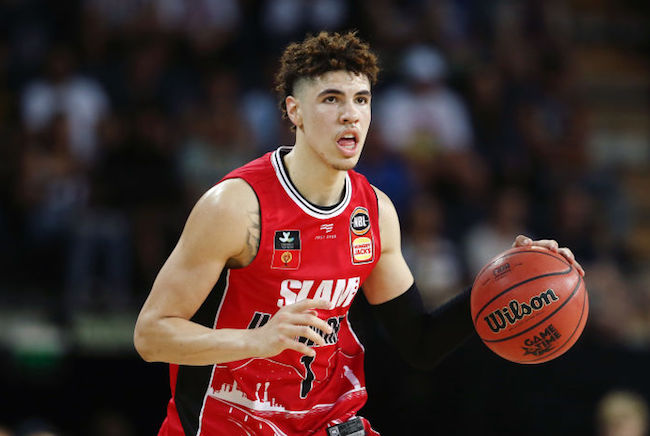 The next Ball family brother headed to the NBA is officially off the board. With the No. 3 overall pick in the 2020 NBA Draft, the Charlotte Hornets selected LaMelo Ball, brother of New Orleans Pelicans point guard Lonzo Ball.

Ball, who played his first three years of high school in Los Angeles, has not had the most traditional path to the league. Prior to his junior season at Chino Hills, a coaching dispute prompted him to leave and sign with a professional team in Lithuania. He played 2018 in the Junior Basketball Association, a league created by his polarizing father Lavar Ball. Lavar recently appeared on our Endless Hustle Podcast and discussed each of his three sons and their success.

The league was discontinued and LaMelo returned to the States for his senior season at SPIRE Academy in Geneva, Ohio. He was a five-star recruit and committed to UCLA, but chose to forgo playing in college amid eligibility concerns and played for the Illawarra Hawks of the National Basketball League in New Zealand last year. As the league’s Rookie of the Year, Ball averaged 17 points, 7.5 rebounds and 7 assists in 31 minutes per game.

From the most scrutinized and headline-grabbing family in basketball, Ball will bring a load of press to Charlotte, but that’s not all. He is a physically-gifted lead guard and has a lot of room to grow into a solid piece on a team that wants to find a way to get back in contention. His 6-foot-8 frame gives him the potential to pack on muscle and become more of an imposing paint presence, but his rangy perimeter play will get the job done for now. Although he projects as more of a combo or point guard with elite handles and passing ability, he could easily stretch out and defend some small forwards as he grows.

Charlotte has struggled greatly over the past few seasons but a youthful rebuild brings hope to Michael Jordan’s roster. The team doesn’t have a dire need for a guard with both Devonte Graham and Terry Rozier on the roster, but it does have a need for a player who will bring notoriety to the franchise. Assuming that Graham and Rozier stay in Charlotte, the backcourt is crowded. However, all three guards can play both on and off of the ball. That will help lighten the burden for Ball, who can step in as an offensive playmaker without needing to score in large numbers.