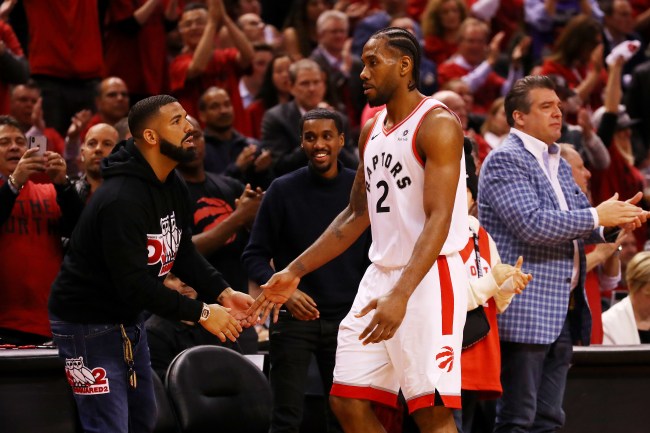 The NBA Finals tip-off Thursday, with Game 1 in Toronto between the Raptors and Golden State Warriors, presumably, being the hottest sports ticket the town has ever had. With the Raptors reaching its first ever NBA Finals and the Warriors looking for their third-straight title, it’s safe to say that there’s a lot of hype surrounding the matchup.

Here’s the thing, though, no matter which teams are playing in the NBA Finals or how big the excitement is, there’s no way in hell someone should dish out a crazy amount on tickets; even if they are courtside. But, because there are lots of rich people who have money to blow, some fan dropped nearly $57,000 (or over $76,000 in Canadian money) for two seats on the floor for Game 1 Thursday. That’s according to Action Network’s Darren Rovell, who tweeted about the absurdity of the price.

Most of us can probably admit to being a diehard sports fan, but going to such extreme levels just to watch the NBA Finals is absolutely insane. It’s three hours or so of a person’s life, to watch a game that doesn’t even decide the final outcome of a championship — like a clinching game would. Even then, that type of cash to attend a sporting event is nutty.

Just to put this into perspective, $57,000 can get a person so much more than just two courtside seats to the NBA Finals. Want to know what some of those things are? Take a look below at what someone could score themselves instead.

On the plus side, whoever this (super rich) sports fan is, they’ll take in a historic sports moment in Toronto, while also getting the chance to (maybe) be close to the ultimate Raptors fan, Drake. That’s not exactly worth $57,000, but maybe it’s something that makes the fan feel better about spending so much on a couple NBA Finals’ tickets.