Smash Mouth Walks A Bit Too Close To The Sun, Rips Drake For Being A Believer In The Raptors, Gets Reminded They’re Smash Mouth 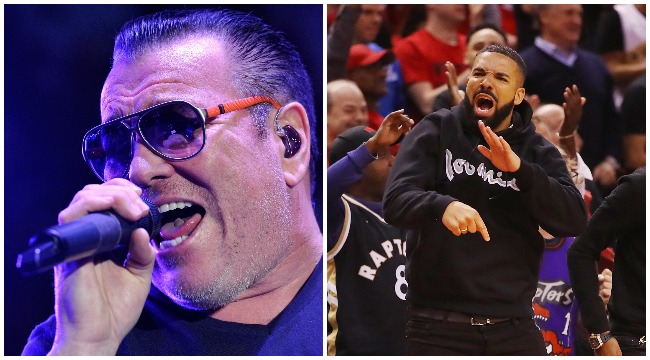 The Lakers have Jack Nicholson. The Knicks have Spike Lee. The Grizzlies have Justin Timberlake. The Warriors have….Smash Mouth.

The San Jose, California band hasn’t released an album in nearly seven years because they’ve been too busy defending their beloved California sports teams on the world wide web. Just a month ago, Smash Mouth called Bryce Harper a ‘jackass’ for choosing to join the Phillies, who booed him after going 0-for-4 outing with two strikeouts in April, instead of the San Francisco Giants.

I am beginning to theorize that Smash Mouth only embraces debate online so they can remind the haters of this one important thing.

Funny because after our first #1 and a Top10 follow-up Shrek wasn't even created yet. #AllOut 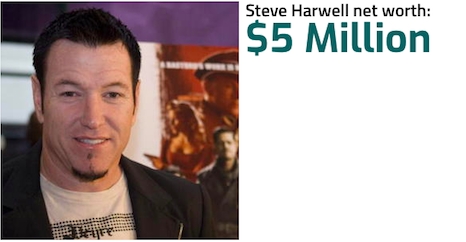 The band is back at it again in the lead-up to the NBA Finals, this time taking aim at Drake for being a bit too peppy at Raptors games this playoffs.

Yo @drake When the ball is in-play sit the FCK down! That aint gonna fly in Oakland! #GlorifiedMascot @warriors @Raptors @NBA @E40

You guys already know how this ended for Mr. Harwell and his bandmates. Poorly.

Can you guys even afford tickets?

Hey Smash Mouth, where you been for the last 20 years? 🤔

Tough tweet from a band that was literally made famous by Shrek.

Who's man's is this pic.twitter.com/Ks5JCpuXcB

Smash Mouth has accumulated so much petty anger over the past several years, they are destined to release the album of the year in 2020. Book it.

When they do, I can proudly say that I’ve always been a fan..