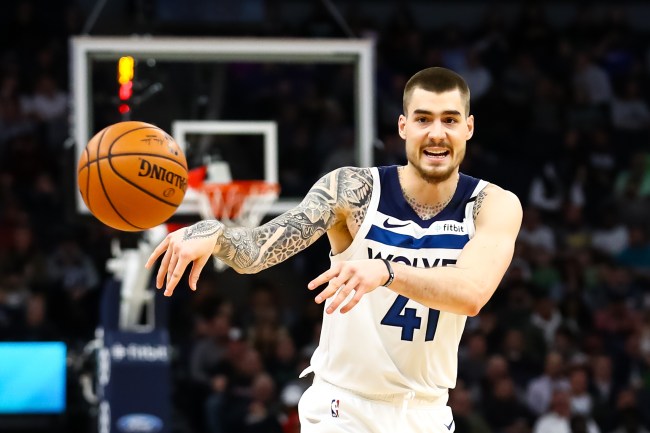 After a week off, the NBA is back in full swing after the All-Star break. And that means big time contests are available on DraftKings. For as little as $8 you can take a swing at taking home $100k this evening. Can’t argue with that!
Let’s have a look at three players we should build our lineups around tonight.

CJ McCollum Por SG $6600
With Damian Lillard out, and one of the best matchups in the league, McCollum is going to be a fixture in almost every lineup I have. Without Lillard on the court, McCollum sees a huge increase in productivity. His usage rate increases 8 percent to 34% and his fantasy points per minute goes from .95/min to 1.15/min. McCollum didn’t get a bump in his price, so this is a spot where he should smash the value of his price. Against the fast paced Pelicans, I don’t see how you have a lineup without CJ.

Juancho Hernangomez Min SF/PF $4700
With Karl-Anthony Towns not playing this evening, there’s a lot of extra minutes and usage to soak up. In their last game without Towns, Hernangomez picked up 37 DK points in 37 minutes. If he can come even close to those minutes and productivity tonight, he’s going to give our lineups a great head start on our competition.

Bradley Beal Was SG $9400
Beal’s been carrying the load for Washington all season, and tonight will be no different. With a week’s worth of rest, Beal should be refreshed and ready to dominate. Beal gets a great matchup against the Cavs tonight, and he hasn’t scored less than 42 DK points in over a month. He’s not only consistent, but he’s also got great upside to boot, as he has over 51 DK points in 7 of his last 11 games.

Build your lineups around these three guys tonight, and you should be in a great position to have some lineups moving towards the top!