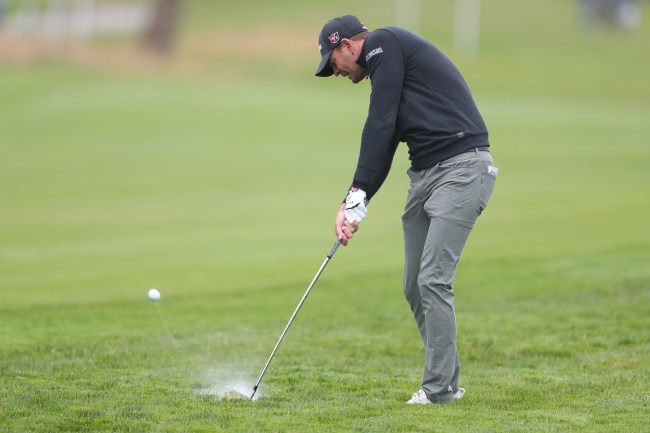 And just like that the 2020 PGA Tour season has come to a close.

Dustin Johnson earned the right to start the Tour Championship in the first place position with a fire stretch run, and played the weekend perfect, firing a 64 on Sunday, on the way to his first FedEx Championship win, and a cool $15 million dollar pay day.

In what is surely the shortest offseason in sports history, the PGA Tour kicks off the 2021 season this week with the Safeway Open. So let’s get started on beating last year’s numbers and keep putting some cash in our pockets.

The Safeway Open has been played at the Silverado Resort and Spa the last few years, so we have some history to cross reference with our model.

Over the last few years, a few stats jump out at me that the leaders have excelled at. As usual tee to green and approach shots are important. This tournament seems to end with the leader shooting around -16 to -18, so we automatically know we need birdie makers. One interesting stat I saw is a lot of the top guys on the leaderboard find themselves gaining a lot of strokes on Par 4’s that range in 400-450 yards, so we are throwing that in our model this week as well.

Let’s take a look at the guys who are going to get us started on the right foot this season. 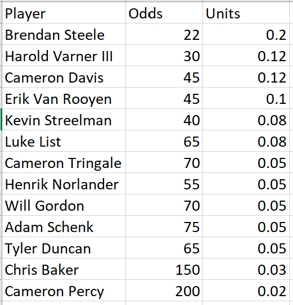 Now we’ll look at players I have the most interest in using on DraftKings in their tournaments. In these articles, I am going to pick two players that I am the most interested in using, from three different tiers. $9,000 and up, $7500-$8900, and under $7500.

This event kicks off the 2021 PGA Tour season, so we are back at a regular cut event.

Most of the top players in the world are sitting this event out, preparing for the US Open next week. So we have some unusual suspects up at the top. That doesn’t mean we should avoid them though. Brendan Steele has won this event twice in the last five years, and made the cut every year. Love the consistency.

Varner ranks third in my model, and has made the cut here every year the last five years, including 3 top 20’s. He’s first in this field in long term tee to green, and is elite in several other categories. He should be in contention on the weekend.

Coming in first in my model, Tringale is a great salary saver this week. He’s the best in the field at approach shots, and is the best player at the key Par 4 distances we are looking for. His price is too cheap this week.

Davis is fourth In my model, and the only reason he isn’t higher, is he ranks very poorly putting on poa grass. However, Davis is an outstanding putter in general, so I expect him to putt better than he has showed on poa this week, which means he’s an even better play than his 4th overall ranking shows. For only $8900 he’s a great play.

Gooch has played well since golf resumed, making the cut 4 out of the last 5 weeks in some loaded fields. He ranks 8th in our model, and his price helps us pay up for some of our higher priced targets. He’s improved his birdie making of late, so he’s in good form.

Salary saver of the week is Adam Schenk, who ranks 18th in my model, and on average gains a half a stroke on the field each round he plays at this course. For under $7,000 he should be able to return solid value, with an outside shot at being in contention on Sunday.