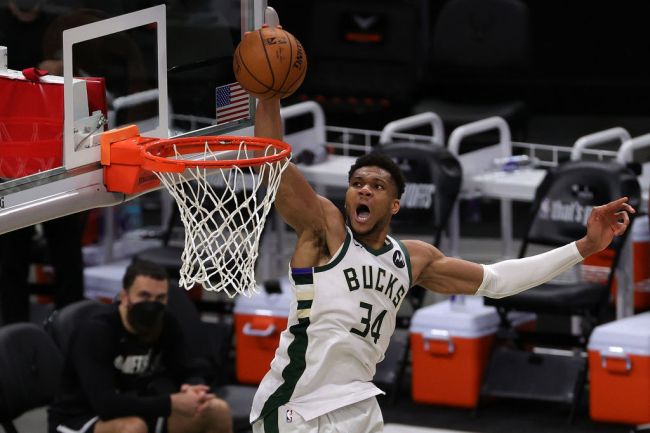 There was nowhere to go but up when it comes to NBA Playoff rating numbers after last year’s horrid numbers inside the bubble.

Not only did the bubble create a less than ideal viewer experience, but the NBA was also competing with the NFL during last year’s playoffs, which is a battle it will lose 100 times out of 100.

This year’s NBA Playoffs haven’t exactly gone as the league likely wanted them to go, however, with LeBron James and the Lakers getting bounced in the first round. We even saw Phil Mickelson’s PGA Championship win in May absolutely crush first-round NBA ratings, but the league has made a bit of a comeback over the last few weeks.

According to NBA Communications, viewership for this year’s playoffs is up 39% compared to last season. Game 7 between the Bucks and Nets on June 19 is the most-watched game of the playoffs thus far drawing in 6.9 million viewers. For comparison, Game 1 between the Suns and Lakers on Sunday night when Mickelson won the PGA Championship managed just 4.4 million viewers.

Game 6 of the 2020 NBA Finals between the Lakers and Heat only garnered 5.6 million viewers.

You can’t just point to one thing being the root cause for the playoff rating uptick. There is no denying that the fact that teams aren’t playing inside empty arenas at Disney World is helping NBA Playoff ratings. Having two Game 7’s helped push the numbers along as well, but the real kicker here is not having to compete with the NFL.

Life is getting back to normal more and more every day and with the NBA Playoffs wrapping things up in the Summer – albeit a little later than we grew accustomed to – is yet another step in the right direction.