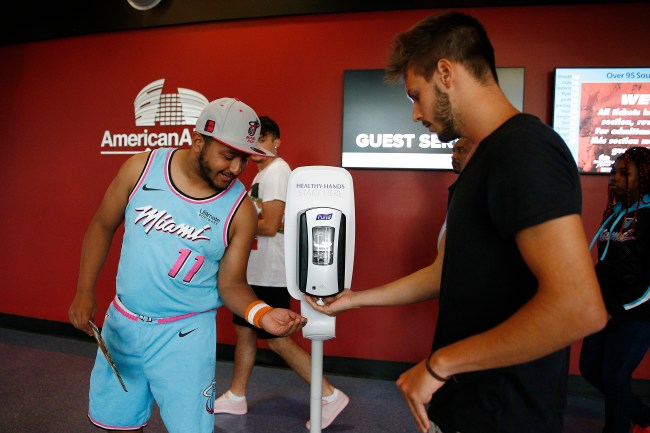 This year’s NBA season is about to officially restart in a matter of days — with 22 teams vying to capture a championship inside the NBA bubble — but some people are already glancing ahead at the 2020-21 season. Naturally, it’s neither the players nor fans, who are just hungry to play and watch real hoops with actual meaning, but, instead, the billionaire owners, who are worried about what their bottom line may look like a year from now.

With the NBA season taking place at a remote destination (Disney World), that means that home arenas will be empty as we figure out our 2019-20 champion. And, with no fans coming through the turnstiles anytime soon as we continue to fight the pandemic, one anonymous team owner already has a wild projection about how many millions of dollars he’ll lose even once the league returns to its usual schedule in 2020-21 — and it’s a cool $50 million.

According to an ESPN article by Brian Windhorst, NBA owners may be forced to make some extreme adjustments in order to even run their franchises next season, with the aforementioned anonymous owner even telling Windhorst that he may need to resort to borrowing money to keep things afloat.

“I don’t know what will happen, but I may lose $50 million next season,” one owner told Brian Windhorst of ESPN. “If that happens, I have three options: I could borrow the money, I could sell part of the team or I could do a cash call and me and my partners would have to write checks.”

Per Windhorst, many teams make $1-2 million per home game during the regular season, while the Golden State Warriors can make over $5 million for some games at the Chase Center.

Look, given the way the pandemic has impacted everyone — especially those losing their jobs — nobody’s probably feeling sorry for a billionaire owner who projects losing as much as $50 million a year from now. Still, it’s a shocking revelation that just goes to show how the coronavirus has hit every single industry, while refusing to discriminate against anybody; even those with billions of dollars in the bank.

Windhorst stated that the league could lose a whopping $1 billion in revenue, so, while we’re all pumped to have hoops back and will (hopefully) crown a champion for this NBA season — assuming all goes as planned — that doesn’t mean team owners are making much money in return. It could mean some wild trades during the offseason because of franchises slashing prices, which could mean the resurrection of superteams that start to get formed inside the NBA bubble.